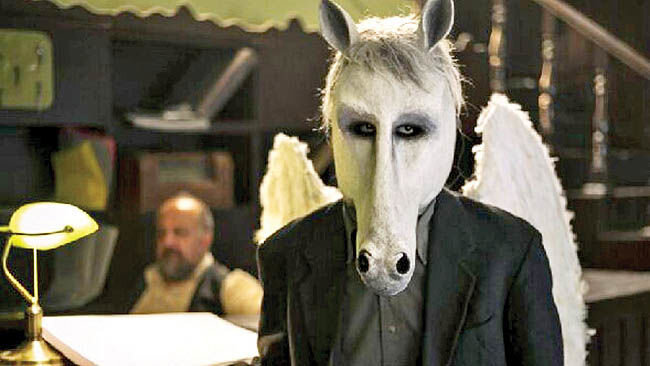 The film, which received the award in the 13 to 18-year-old category, is about a man who has returned to his hometown in a war-torn region in search of his childhood love, who, 20 years earlier, had asked him to become a winged white horse.

The festival focuses on youth film productions and is held annually in Vancouver, however, the awards ceremony for its 23rd edition was held online this year due to the COVID-19 pandemic.

The jury described “White Winged Horse” as “exceptionally made” and added, “The film is very emotional and it’s a wonderful way to characterize isolation.”

In a video message addressing the organizers, Mandegar said “Your comments were all so heartwarming.”

“It’s a great honor and I am really happy to hear this news,” he added.

“I Still Breathe” by Alfred George Baily from the UK won the Senior Youth Jury Award for Most Inspirational Short Film and “Maestro” by Victor Caire from France received the National Film Board Award for Best Animated Short Film.

“I Still Breathe” is a documentary response to the death of George Floyd and includes a series of deeply emotional testimonies of young adults regarding their race and their passionate reactions to the brutal killing of George Floyd that shocked the world.