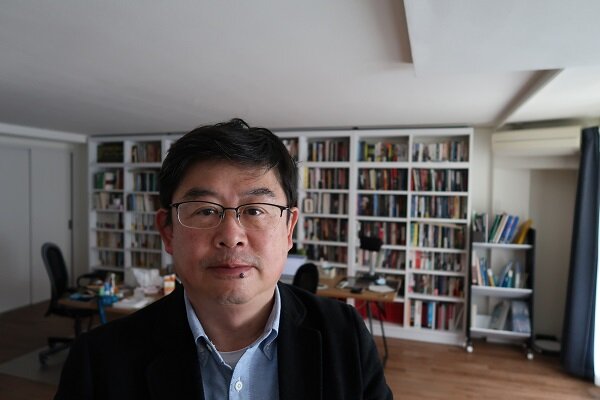 “That’s why the U.S. administrations cannot ignore Saudi Arabia, though the Congress and media might have been the anti-Saudi tendency.”

The relationship between Riyadh and Washington was cozy throughout the Trump administration.

Unlike Trump, Biden tries to reassess the U.S. relationship with the oil-rich, deeply conservative kingdoms.

Saudi Arabia has a less privileged and personal relationship with the Biden administration than it has had with the Trump team.

In Afghanistan, restoration of economy and reconciliation of religious sects and ethnic differences are essential for establishing domestic security.“Unlike President Trump, who was said to turn a blind eye to the Saudi regime, President Biden seems to keep balance carefully,” Hosaka notes.

Many Pundits believe that Biden’s attitude towards Saudi Arabia will change its foreign policy and work with regional players to find a solution for political discrepancies.

“Saudi Arabia is also shifting its foreign and domestic policy to the ones more acceptable for the Biden administration,” according to the Japanese expert.

Q: How do you assess U.S. withdrawal from Afghanistan? Could the U.S. achieve its objectives in Afghanistan after 20 years?

A: I am filled with deep emotion when I reflect upon the 20 years that have passed since the United States launched the war in Afghanistan.

President Biden started the withdrawal of American troops from Afghanistan, which neither President Obama nor President Trump could implement. This is an important decision, but it is still unclear whether the withdrawal is a victory or defeat for the United States.

The current Afghan regime cannot stand on its own feet without the help of the United States, even though the latter signed a peace agreement with the Taliban. In addition, the United States killed Osama bin Laden 10 years ago, but the destruction of al-Qa’ida has not been completed.

Q: Do you think the best way to contain terrorism expansion is militarism?

A: Containing terrorism expansion is difficult, especially in failed states like Afghanistan, in which the Central Government doesn’t work.

Military measures are sometimes effective but not almighty to deal with terrorism. In Afghanistan, restoration of economy and reconciliation of religious sects and ethnic differences are essential for establishing domestic security. Still, it needs, first and foremost, a strong central government and help from international society, and the latter cannot be achieved without security.

Q: Why is there no political collaboration and harmony in the war against terror? It seems that states are exploiting terrorism to justify their policies.

A: There are so many stakeholders with different and complicated interests, beliefs, and opinions fighting against terror. Take a look at Syria. Syria is a bad example. Some countries are against the Assad regime. Others are supporting it. Among anti-Assad groups, some are helping Islamists and others Salafists or secularists. Ordinary Syrians can’t get help and assistance from anybody and are being tossed about by the egoistic politics of neighboring countries.

Q: Given Bin-Salman’s recent remarks about Iran, do you expect any rapprochement between Tehran and Riyadh? What will be the impact of such a rapprochement on combat on terrorism in West Asia?

A: Crown Prince Muhammad (MBS) of Saudi Arabia said in a recent interview by Saudi-funded al-Arabiya that Iran is a neighboring country and Saudi Arabia wants Iran to prosper and grow. In comparison with remarks made by MBS a few years ago, he definitely softened Iran’s rhetoric, I think. Saudi Arabia has already reconciled with Qatar and lifted the blockade against it. We really hope the next will be Iran, though we understand there are many obstacles to achieving reconciliation between the two countries. If reconciliation between them will come out in the near future, the situation in the Middle East (West Asia) will improve drastically.

Q: Why did the U.S. administration prefer to turn a blind eye to Saudis’ contribution on September 11 and terror acts in Iraq, and war crimes in Yemen?

A: Among 19 hijackers of 9/11, 15 are Saudis, but Saudi governmental involvement in 9/11 or Iraq or Syria is not proved officially.

As for war crimes in Yemen, the UN has said all parties in the conflict, including the legitimate Government of Yemen, the Houthis, Saudi Arabia, and UAE, are responsible.