TODAY'S ALL NEWS
Previous Breaking: Tens of Millions of Dollars of Investment on Research and Development by SNOWA
Next Breaking: Tehran, Ashgabat discuss expansion of oil co-op

Breaking: Baghdad ready to pay off gas debts to Tehran 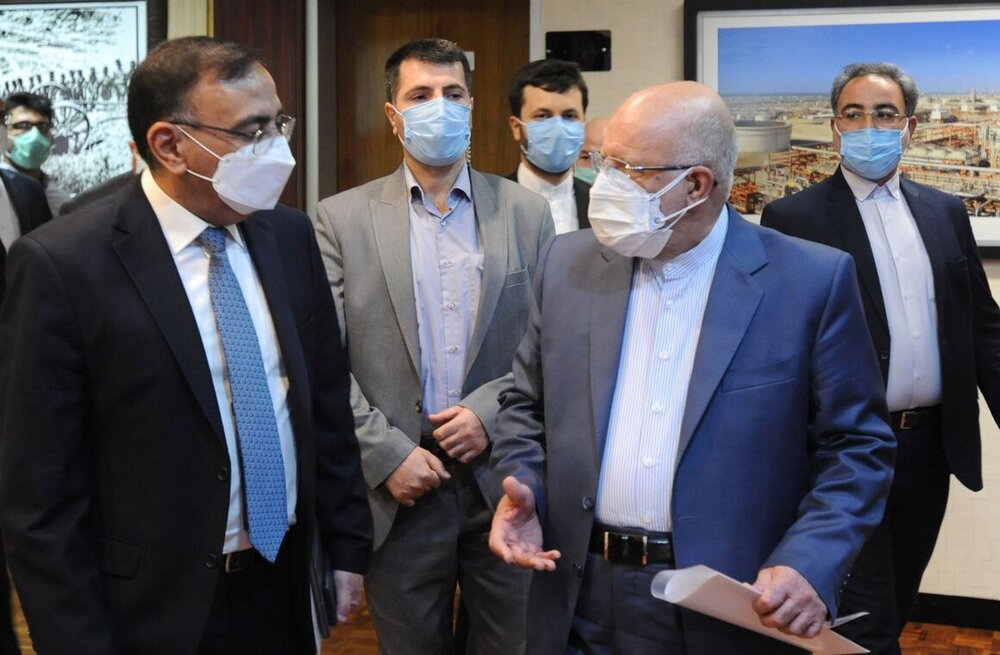 Breaking: Baghdad ready to pay off gas debts to Tehran

TEHRAN – Iran and Iraq have reached an agreement on the ways for settling Baghdad’s gas debts to Tehran, Iraqi Electricity Minister Majid Mahdi Hantoush announced after a meeting with Iranian Energy Minister Reza Ardakanian in Tehran on Sunday.

“In the meetings we had, all the ways and solutions for the resumption of Iran’s energy supply to Iraq were discussed, and certainly the cooperation [between the two sides] will continue,” the Iraqi minister told the press.

The official noted that Iran has not halted gas and electricity supply to Iraq, however there were some issues regarding the supply to power plants which were also discussed during this visit.

“We reached good agreements on this issue and payment methods,” he emphasized.

Upon arrival to Tehran, Hantoush held talks with Zanganeh to work out a solution for the settlement of Baghdad’s gas debts to Tehran.

The visit of Iraqi delegation to Tehran came as the country is pressing for restoration of reduced gas supplies from Iran months after the National Iranian Gas Company (NIGC) reduced the flow to Iraq over arrears on previous payments.

Speaking in the meeting with Hantoush, Zanganeh mentioned the signing of two major deals between the two countries for the Iranian gas exports to Iraq and said: “So far, some 27 billion cubic meters of gas has been exported to Iraq… but the payment is facing problems and we hope we could reach a solution on the issue.”

Hantoush for his part pointed to the good political and economic relations between Iran and Iraq and noted that his government is doing its best to settle the payments.

Iraq relies heavily on Iranian gas to feed several power plants across the country, while Iranian electricity exports also account for a major part of the country’s power supply.

The Islamic Republic, however, has recently slashed its gas exports to Iraq and threatened further reduction due to the Arab country’s failure to meet its payment obligations.

Iraq is seeking to have the supplies restored as it needs them desperately to increase electricity generation in the run-up to a hot summer in the Arab country where demand for power is expected to soar to record levels.

Baghdad has been claiming that the main reason for the country’s gas and electricity bills piling up has been the banking problems created by the U.S. sanctions on the Islamic Republic, saying the Iranian money is ready but it is frozen in Iraqi state banks due to the sanctions.

These claims, however, contradict the fact that the U.S. has wavered Iraq to import Iranian gas and electricity, which means the Iraqi government would be able to use legal financial facilities to pay its energy debts to Iran despite the sanctions.