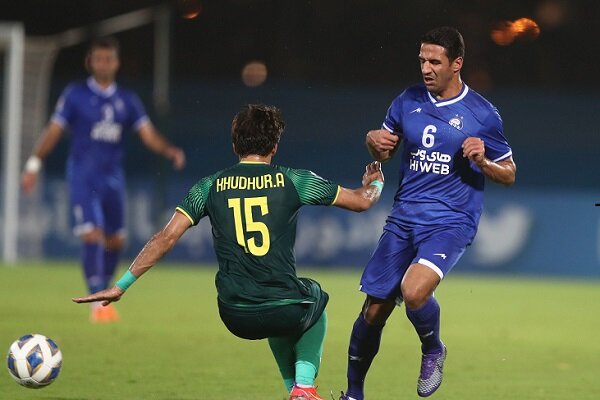 Nosrati, a former player of Persepolis and Tractor, praised the solid performance of the Iranian teams in an exclusive interview with Tehran Times.

Starting with Foolad Khoozestan, who failed to qualify for the knockout stage, Nosrati said: “Nobody expected Foolad to play that much well. They were drawn in the most difficult group, in my opinion. Bad luck and inexperience were the main factors for Foolad’s failure to reach the knockout stage. Both Al Saad and Al Nasr were great teams in Group D, but Foolad could have defeated both teams.”

Nosrati, 39, who played several years for Tractor, also talked about the Tabriz-based teams: “I believe Tractor did a great job in the competition. They were empty-handed as they couldn’t sign foreign players because of the Iranian football rules. Moreover, Rasul Khatibi, who has recently joined them as head coach, didn’t have enough time to work with the team. They were deserved to qualify, and God helped Tractor and made their lovely fans happy.

“About Esteghlal, they were good in their all games except the last one against Al Shorta. They were very stressed because they had to win the game. The good news was that they qualified for the next stage as the leaders of their group,” Nosrati added.

The former Persepolis player considered the Reds the best team in Asia.

“Persepolis were unique and excellent. They proved once again that they are the best Iranian team by far, and now we can say the best Asian team in the current AFC Champions League season.

“There are mutual understanding and full coordination between the players and technical staff, players themselves, and even between the team and the club’s director. Both in tactical and mental issues, the team have matured enough. After experiencing two ACL finals in the past three years, Persepolis players are confident that they can win the trophy. They started the tournament very powerfully and finished it with authority. There is no easy match or easy group in a tournament like Champions League, and no one can diminish the value of Persepolis’ extraordinary performance in Asia,” he concluded.