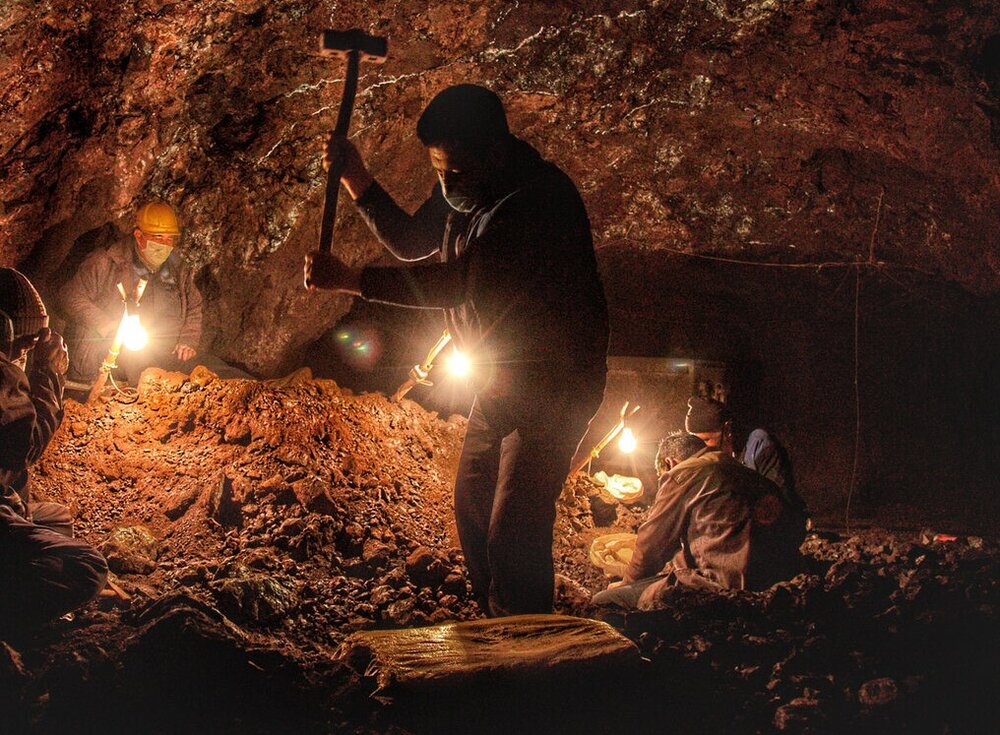 TEHRAN – The head of Iranian Mines and Mining Industries Development and Renovation Organization (IMIDRO) announced that 253 idle small-scale mines were revived throughout the country in the previous Iranian calendar year (ended on March 20).

According to Vajihollah Jafari, the plan for reviving idle mines in the previous year was realized by 126 percent, IRNA reported.

Saying that the mentioned mines have been reactivated as part of a comprehensive program for reviving idle small mines across the country, Jafari also announced that under the framework of the mentioned program 200 mines are planned to be put back into operation in the current year.

The official noted that the successful implementation of the said program in the previous year was achieved despite the problems created by the outbreak of coronavirus.

Emphasizing that the above goals have been achieved as a result of productive cooperation among the Industry, Mining, and Trade Ministry, provincial industry organizations, Iran Mines houses, and private sector companies, Jafari noted that since the beginning of the program in March 2019 up to the end of the previous year, 303 mines have been revived.

As reported, under the framework of the mentioned program, 672 idle mines were identified and prioritized in the previous year, and diagnostic procedures were performed on 194 mines to determine the reasons for the halt in their production.

The program, which has been at the forefront of IMIDRO’s missions over the past two years, is being pursued in several provinces.

Khodadad Gharibpour, IMIDRO’s former head had mentioned this plan as one of the most significant plans of “Resistance Economy”, saying that IMIDRO is strongly determined to carry out it.

Reviving the small mines not only is a major step for supporting and boosting domestic production, it also plays a significant role in job creation throughout the country, Gharibpour said back in June 2020.

Following this program, so far various small-scale mines including chromite, manganese, hematite, and dolomite, iron ore, copper, and construction stone mines have been surveyed by monitoring and diagnosing the problems of the mines and providing solutions for resolving their issues.