TODAY'S ALL NEWS
Previous Breaking: China’s economy gets off to a good start
Next Breaking: 70 industrial units to be established in Chaharmahal-Bakhtiari province

Breaking: First train of SP phase 14 refinery to be prepared for operation by early July 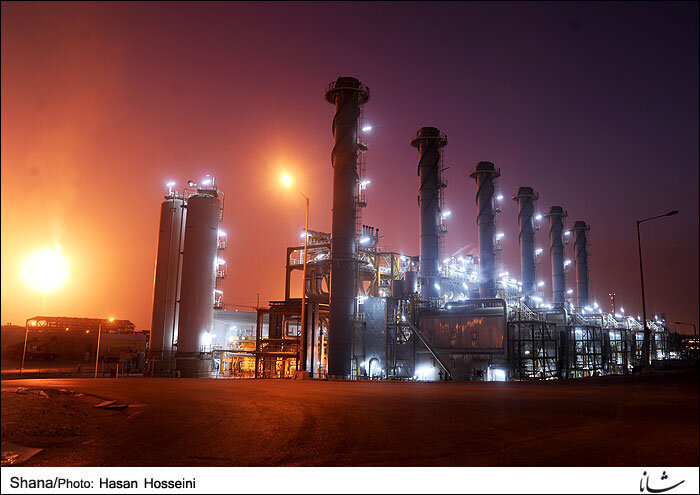 Breaking: First train of SP phase 14 refinery to be prepared for operation by early July

TEHRAN – The first train of the phase 14 Refinery of Iran’s South Pars complex is going to be completed and handed over to the commissioning contractor by early July, head of Pars Oil and Gas company (POGC) said.

Referring to the round-the-clock efforts by the refinery’s contractors in different work fronts, Mohammad Meshkinfam said: “As scheduled, the first train of South Pars Refinery Phase 14 will be handed over to the commissioning group in early July this year, and then the commissioning activities will continue to prepare the different units of this train for operation.”

He stated that weekly meetings are being held by the POGC’s headquarters for the mentioned phase to follow up on the project’s progress and address the problems of the contractors.

“Fortunately, with the follow-ups done, the ancillary units of Phase 14 of South Pars are now ready for commissioning, and in the process section, the reception facilities will be ready to receive gas by late May.”

Referring to the impact of the coronavirus pandemic on the commissioning of the mentioned refinery, Meshkinfam said: “According to the previous announcements, this train was scheduled to be handed over to the commissioning contractor by late June, however, due to the new wave of the pandemic in Europe and the closure of equipment manufacturing companies the handover was postponed to mid-July.”

He added that with the measures taken by the POGC’s HSE department, daily health control tests are being conducted to monitor the health of employees.

Meshkinfam had earlier announced that all the operations of the first phase of the South Pars gas field development project will be completed in the first half of the current Iranian calendar year 1400 (started on March 21).

POGC is in charge of developing South Pars gas field which is divided into 24 standard phases in the first development stage. Most of the phases are fully operational at the moment.

Phase 14 development is aimed at producing 56.6 million cubic meters per day of rich gas, 75,000 barrels/day of gas condensate and 400 tons/day of sulfur, and 1 million tons/year of liquefied petroleum gas and one million tons/year of ethane to be fed to petrochemical plants.

Back in October 2020, the operator of the South Pars Phase 14 development project said the project’s onshore refinery is scheduled to be fully operational by the first half of the current Iranian calendar year (September 2021).

The field is estimated to contain a significant amount of natural gas, accounting for about eight percent of the world’s reserves, and approximately 18 billion barrels of condensate.