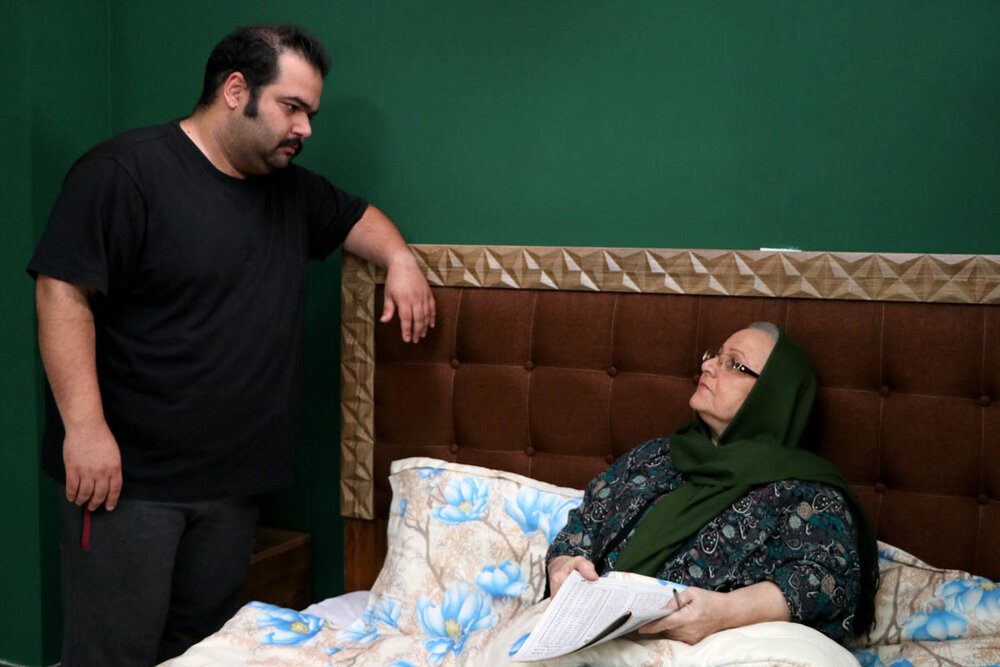 TEHRAN – Soheil Qannadan won the Silver George for best actor at the Moscow International Film Festival for his role in the Iranian drama “The Son”, the organizers announced last Thursday.

He received the award for his portrayal of Farid, a forty-year-old man who lives with his mother.

Farid is very vulnerable and escapes loneliness, but in the meantime tries to prove himself independent and supportive of his mother. However, her sudden death makes Farid frustrated. To escape from this unfamiliar situation, he clings to anyone he encounters outside home to make his loneliness bearable, but he does not know how to communicate, and the situation gets worse each time.

The film is the debut feature of director and writer Nushin Meraji, a 41-year-old filmmaker who started her professional career in cinema in 2004 by making shorts, some of which have been screened and awarded at Iranian and international film festivals.

Filipino director and producer Brillante Mendoza presided over the jury in the official competition of the Moscow festival.

The Golden George for best film went to “#dogpoopgirl” by Romanian director Andrei Hutuleac at the Moscow festival, which took place in the Russian capital from April 21 to 29.

The film is a social satire with tragic elements about the Internet era. Inspired by real facts, the scenario proposes a location for us in the Romanian space of the first online shaming case in the history of the Internet. In 2005, a woman’s dog pooped on a metro car in Seoul, South Korea. For unknown reasons the woman refused to collect the mess, was photographed and the incident went viral on an opinion blog.

The film is about a penniless Soviet refugee who dreams of making a career in Hollywood at the end of the 1920s. However, on the way there, he falls in love with a young and wealthy female vampire who is spending the summer on the Baltic coast with her clumsy assistant – with unforeseen consequences.

“Sabaya” directed Hogir Hirori from Sweden was selected as best documentary. The film follows a group into Syria’s Al-Hol, a dangerous camp in West Asia, as they risk their lives to save women abducted and held by ISIS as sex slaves.

The award for best short went to “Good German Work” directed Jannis Alexander Kiefer from Germany. The film tells the story of Uli and Didi, two craftspeople who are working on a swastika in their workshop. Somewhere between a rural idyll and the monotony of country life, they wonder about the strange newcomers to their village.

Photo: Soheil Qannadan (L) and Nahid Haddadi act in a scene from “The Son” directed by Nushin Meraji.