Breaking: “Hope to See You Again” recounts memories of literati’s meetings with Leader 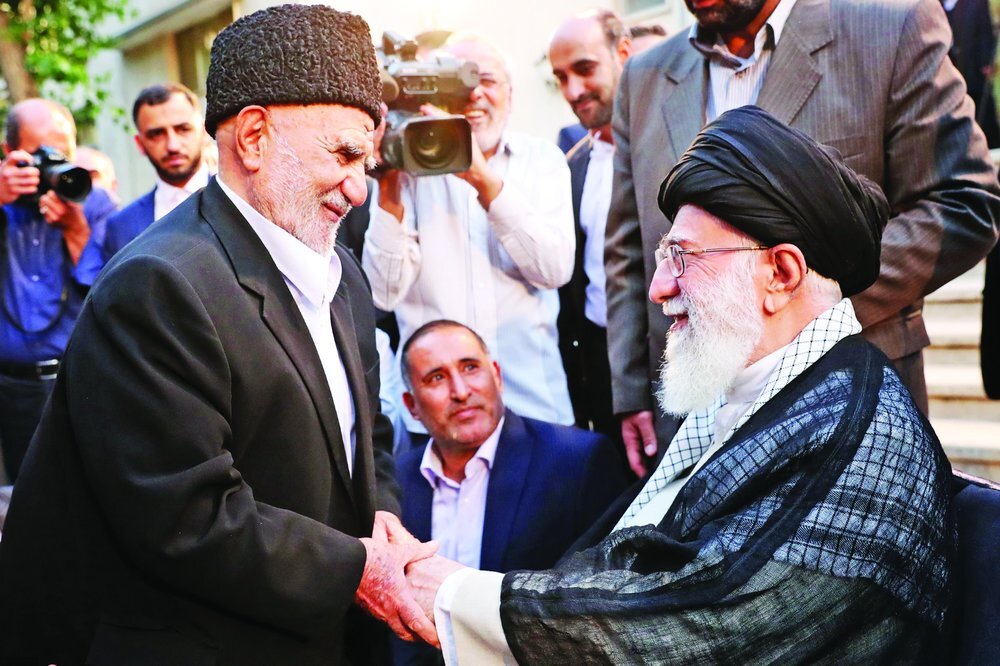 Breaking: “Hope to See You Again” recounts memories of literati’s meetings with Leader

TEHRAN – A documentary titled “Hope to See You Again” has recently been made about literati’s memories of their annual meeting with Leader of the Islamic Revolution Ayatollah Seyyed Ali Khamenei.

The documentary has been directed by Amir Teimuri at the House of Poetry and Literature in Tehran. Mehdi Bushehrian is the producer of the documentary.

The annual meeting of the poets and literati with Ayatollah Khamenei is organized on the eve of the birthday of Imam Hassan (AS) on Ramadan 14. During the meeting, the poets and writers usually recite excerpts of their latest works.

Qeisar Aminpur, who is considered as the most influential poet of the post-revolution literature, and Hamid Sabzevari, who was famous for his revolutionary poems, are among the literary figures speaking in the documentary.

The meeting has been held by the Art Bureau of the Islamic Ideology Dissemination Organization (IIDO) in collaboration with the Leader’s office since the early 1990s. However, it was canceled over the past two years due to the COVID-19 pandemic.

Over the past two years, the organizers have replaced the meeting with a poetry night named “Visiting the Moon”, which was held in the courtyard of the Art Bureau in Tehran.

Last week, Ayatollah Seyyed Ali Khamenei expressed his regret over the obstacles COVID-19 has created for his annual meeting with literati.

In a letter sent to IIDO director Hojjatoleslam Mohammad Qomi, he wrote, “Reducing the pleasant annual meeting to a remote screen gathering, not only fails to calm my eager heart, but also somehow remains as a bitter taste.”

“God’s will is currently that I stay deprived of the delightful meeting,” the leader noted in the letter, which was read by Qomi on Tuesday during the poetry night.

Photo: Leader of the Islamic Revolution Ayatollah Seyyed Ali Khamenei shakes hands with poet Hossein Karimi Maraghei during his annual meeting with literati at his home in Tehran on May 30, 2018. (Leader.ir)