Breaking: ‘Execution of regulations to ensure improvement of business environment’ 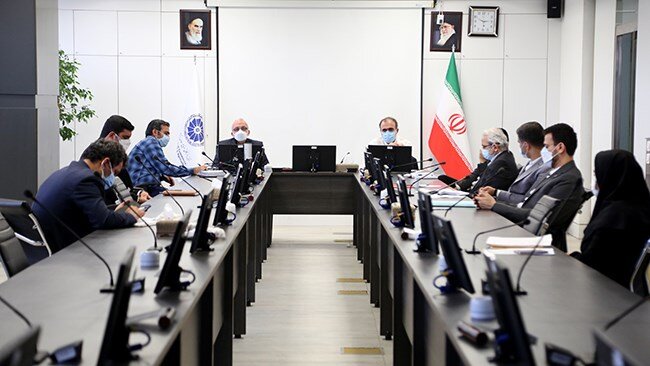 Breaking: ‘Execution of regulations to ensure improvement of business environment’

TEHRAN – Iranian Industry, Mining, and Trade Ministry’s Business Environment Improvement Committee held a meeting on Saturday to discuss the ways for realizing the current Iranian calendar year‘s (started on March 21) motto and to ensure improvement of the country’s business environment.

The meeting was attended by Industry Ministry officials including Mehdi Niazi, the secretary of the headquarters for facilitating domestic production, and Hamidreza Fouladgar, head of the ministry’s Business Environment Improvement Committee.

As reported by the portal of Iran Chamber of Commerce, Industries, Mining, and Agriculture (ICCIMA), the necessities for the realization of the motto of the current year that has been named “Production: Support and Elimination of Obstacles” were the main issues discussed in the meeting.

Addressing the meeting, Fouladgar underlined removing barriers in the way of production and monitoring the implementation of laws and regulations as the main requirements for the realization of the current year’s motto, saying that in a recent meeting with the parliament speaker Mohammad-Baqer Qalibaf he has emphasized the need for monitoring the execution of existing regulations such as the law of improving the business environment, and the law on removing barriers to production, as the most important factors in supporting domestic production.

Further in the meeting, Niazi presented a report on the major measures taken by the headquarters for facilitating domestic production in the previous Iranian calendar year, and mentioned some of the programs for the current year.

“Since the beginning of this year, we have prepared a list of proposed measures in 70 areas, in collaboration with the members of the Iran Chamber of Commerce, the Iran Mine House (IMH), and other related associations and organizations in order to fulfill the slogan of the year,” he said.

According to Niazi, issues related to financing, taxation, social security, supplying raw materials, customs, production infrastructure including issues related to industrial parks as well as energy and business environment challenges are among the main issues that are going to be followed up by the Industry Ministry’s production headquarters in the current year.