TODAY'S ALL NEWS
Previous Breaking: Biden’s team is very anti-Russian in its ideology: Russian expert
Next Breaking: First train of SP phase 14 refinery to be prepared for operation by early July

Breaking: China’s economy gets off to a good start 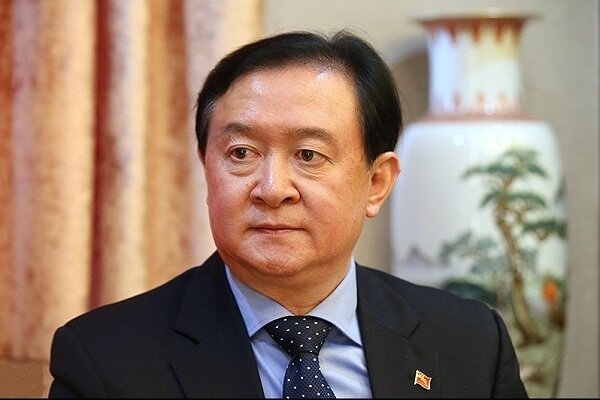 Breaking: China’s economy gets off to a good start

According to the statistics recently released by China’s National Bureau of Statistics, China’s GDP increased by 18.3% year-on-year in the first quarter of 2021.

Considering the test by the COVID-19 pandemic in winter and spring and the uncertainty of the external environment, it is fair to say that China’s economy has witnessed an exciting start at the beginning of this year. China’s economic data in the first quarter have attracted worldwide attention, and Iranian people and media are also highly interested in it. Therefore, I would like to make a few comments on this aspect.

Firstly, the sustained and stable recovery of China’s economy is the result of China’s overall coordinated planning of pandemic prevention and control as well as the continuous socio-economic development. All regions and sectors in China have been determined to act on the general principle of pursuing progress while ensuring stability, ground their efforts in the new development stage, apply the new development concept, create a new pattern of development, pursue high-quality development, and ensure stability on six key fronts and maintain security in six key areas.

In the end, China’s economy showed a steady recovery with solid and sound growth in the first quarter. The supply increased both in quantity and quality while demand continued to pick up. The vitality of market entities kept being released, which provided stronger momentum for high-quality development. With the employment and people’s livelihood being secured, the society also maintained harmony and stability. It can be said that the giant ship of China’s economy has returned to the track of stability after experiencing short turbulence caused by the pandemic.

Secondly, China’s economic growth in the first quarter has rich connotations and many highlights. First, the employment is generally stable. In the first quarter, the surveyed urban unemployment nationwide averaged 5.4%, with a decrease of 0.4% year-on-year, and there were 2.97 million new jobs created in urban areas. Second, industrial production grows rapidly. In the first quarter, the added value of industries above the designated size increased by 24.5%. The industrial electricity consumption and the railway freight volume rose by 23.9% and 13.9%, respectively, and the utilization rate of industrial capacity was the highest since 2013. Third, the development of new driving forces is strong. The added value of high-tech manufacturing increased by 31.2% in the first quarter.

Fourth, the market vitality is effectively stimulated. In the first quarter, there were 2.792 million new market entities nationwide handling tax-related matters, showing an increase of 86%. Fifth, the growth of foreign trade and foreign investment is substantial. In the first quarter, the value of exports and imports of goods trade denominated in RMB increased by 38.7% and 19.3%, respectively, and the actual use of foreign capital denominated in RMB grew by 39.9%. Sixth, investment and consumption steadily recover.

In the first quarter, the fixed-asset investment increased by 25.6%, and the total retail sales of consumer goods increased by 33.9%. Seventh, the market confidence and expectations significantly improve. In March, the manufacturing manager purchasing index was 51.9%, 1.3% higher than the previous month. The non-manufacturing business activity index was 56.3%, 4.9% higher than the previous month. Eighth, people’s living standard steadily improves. In the first quarter, the personal disposable income per capita increased by 13.7% in real terms. The proportion of days with favorable air quality nationwide was 80.9%, and the average concentration of particulates in the air dropped by 2.2% in large and medium cities.

Thirdly, the steady and orderly advancement of key tasks has provided a strong impetus for China’s economic development. The first is to continue to strengthen the employment-first policy. Entrepreneurship enhances employment, we support the healthy development of new forms of employment, safeguard the legitimate rights of flexible employees, and continue to strengthen employment promotion and services for key groups such as college graduates, veterans, and migrant workers. The second is to continue to reduce the burden on market entities. We use more fair and inclusive policies to increase the support for market entities, continue to promote mass entrepreneurship and innovations, pay close attention to the tax and fee reduction policies for small and micro enterprises, and promote the implementation of new structural tax reduction measures.

The third is to optimize the business environment to promote fair competition. We continue to promote the reforms to “streamline administration and delegate power, improve regulation, and upgrade services”, promote the reduction of links, materials, and expenses related to enterprise approval, strengthen innovative supervision during and after the event, carry out business environment assessment in some regions, issue an action plan for building a high-standard market system, and release anti-monopoly guidelines in the field of the platform economy.

The reform of market-based allocation of factors of production has made positive progress. The fourth is to promote a high-level opening-up. We implement various foreign trade and investment support policies, consolidate the overall performance of foreign trade and investment, steadily advance the construction of pilot free trade zones, accelerate the construction of the Hainan Free Trade Port, which has achieved initial results, and make preparations for the implementation of the Regional Comprehensive Economic Partnership (RCEP).

The development of BRI and international economic and trade cooperation has made remarkable achievements. In addition, China has also steadily promoted a new type of urbanization, implemented major regional strategies in depth, further strengthened the building of science and technology innovation capabilities, continuously promoted the high-quality development of manufacturing. Rural revitalization and agricultural modernization have taken new steps. We also actively carry out the work on carbon peak and carbon neutrality.
China’s economy has developed through overcoming hardships and has grown in braving challenges.

Reviewing the achievements of the first quarter and looking at new prospects for high-quality development, China’s economy has shown strong resilience to move forward steadily without fear of setbacks, highlighting the basic trend of steady and long-term bright prospects. At present, the global economic recovery, the international financial market, and the international trade situation are still facing many uncertain and unstable factors. China will continue to consolidate the foundation of “stability”, accumulate the strength of “progress”, hold the bottom line of “guarantee”, and do a solid job on our own business to push China’s economy to get through hard times and move forward steadily. At the same time, China welcomes all countries around the world, including Iran, to actively make use of the opportunities brought by China’s development to promote the high-quality construction of BRI and help the world’s economic recovery and further development through continuous expansion of mutual openness and cooperation in trade, investment, industry, and other fields.