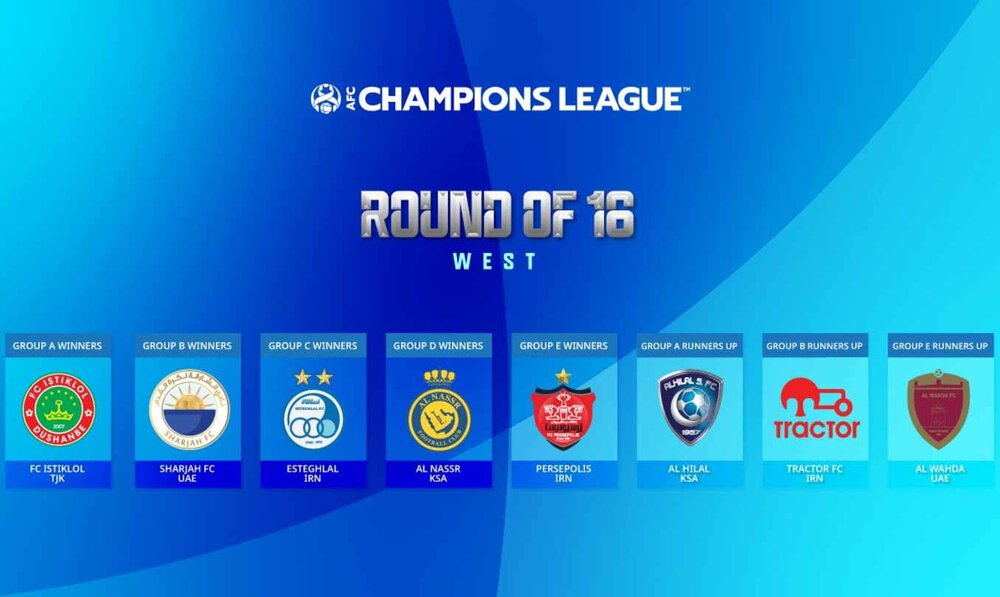 TEHRAN – The 2021 AFC Champions League (West) Round of 16 cast was finalized following the conclusion of the Group Stage on Friday.

As Groups A and C brought the thrilling group stage to a close on Friday, the final Round of 16 cast saw several of the continent’s biggest club sides missing out.

Istiklol capped a dream debut AFC Champions League campaign by finishing top of Group A, edging 2019 winners Al Hilal who, however, advanced as one of the three best runners-up from the five West groups.

Sharjah of the United Arab Emirates, who ended their group stage campaign with 11 points, advanced as the Group B winners with second-placed Tractor FC of Iran also going through.

Iran’s Persepolis FC, the runners-up in 2018 and 2020, won Group E with a haul of 15 points, with UAE’s Al Wahda also advancing as one of the three best runners-up.

The Round of 16 and quarter-finals are scheduled to be played as single leg affairs in September.

The semi-finals and final will be played on a home and away basis, with the last four ties scheduled for October and the final in November, the-afc.com wrote.