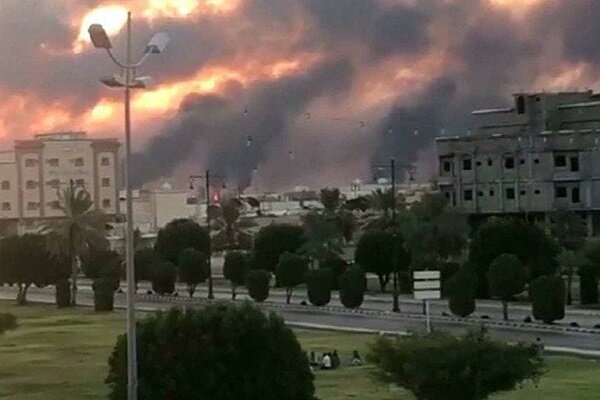 News resources are reporting that an explosion was heard in the Saudi city of Jeddah.

Some media have just reported an explosion was heard in the city of Jeddah in the southwest of Saudi Arabia.

Social media activists have already reported they had heard explosions in the Saudi city on Saturday afternoon.

Some sources are also reporting that the Jeddah airport has stopped working and some flights have not been allowed to land in the airport.

These new reports come hours after the Saudi Ministry of Defense announced on Saturday morning that the Yemeni army and Popular Committees had attacked the port of Jeddah in the southwest of the country.

The Saudi Ministry of Defense confirmed the attack, claiming that they had foiled the attack.

Meanwhile, Yemeni forces have reportedly carried out a fresh airstrike against Saudi Arabia in retaliation for the Riyadh regime’s devastating military campaign and crippling blockade against their crisis-stricken country.

Saudi Arabia’s Defense Ministry alleged in a post published on its Twitter page that the country’s air defense units had intercepted and destroyed an unspecified “hostile air target” in the skies over Jeddah, without providing any further information.

On Wednesday, spokesman for the Yemeni Armed Forces Brigadier General Yahya Saree tweeted that the forces had struck designated targets inside King Khalid Air Base near the Saudi city of Khamis Mushait, using a domestically-manufactured Qasef-2K (Striker-2K) combat drone.

The attack, he said, was a “legitimate response” to the kingdom’s bloody war as well as all-out blockade on Yemen.