Breaking: Iranian clubs prove how strong they are 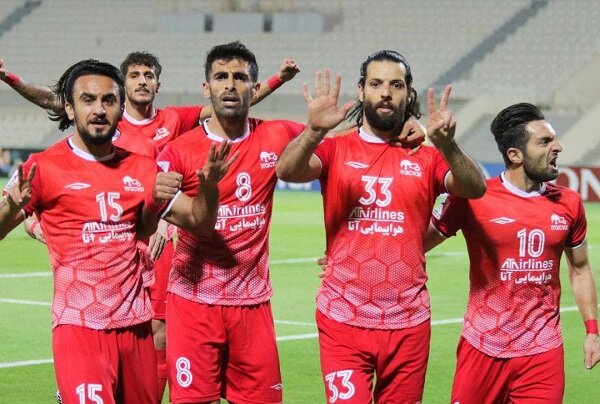 Breaking: Iranian clubs prove how strong they are

TEHRAN – Three Iranian clubs did a great job in the 2021 AFC Champions league (West) group stage, advancing to the Round of 16. It means the football clubs in the West Asian country has improved over the past years.

Persepolis qualified for the AFC Champions league final two times in three years (2018 and 2020) and it’s not surprising that the three Iranian teams have booked their place in the next stage. It shows that how strong the country’s clubs are.

Persepolis won Group E with a haul of 15 points. The Iran Professional League titleholders once again showed that they are favorites to advance to the next stages. Yahya Golmohammadi’s side are also favorites to win Iran league for the fifth time in a row.

Persepolis lost to Al Wahda and there are signs of weakness in their defensive line. They have to attack their weakness in the upcoming matches. The Iranian giants will take on Tajikistan’s FC Istiklol in September in the Round of 16. It could be a difficult task for the Iranian team since the match will be held in Dushanbe and the Tajik team have shown that they are not a minnow team, beating Saudi giants Al Hilal 4-1 in group stage.

Tractor are another Iranian team who made history in the Asian showpiece. They are the only unbeaten team in the 2021 ACL group stage. Tractor, headed by Rasoul Khatibi, will meet Al Nassr of Saudi Arabia in Round of 16. The Tabriz-based football team have a difficult task ahead since they have to travel to Saudi Arabia to play the last year’s semifinalists. However, they can make history once again by advancing to the next stage.

And Esteghlal are Iran’s third club in Round of 16. The Blues qualified for the next stage in a difficult group which has been referred to as a “group of death” for containing Qatari club Al Duhail, Al Ahli of Saudi Arabia and Iraqi team Al Shorta.

Three Iranian teams have qualified for the 2021 ACL Round of 16 out of eight teams.

It shows that how strong they are.