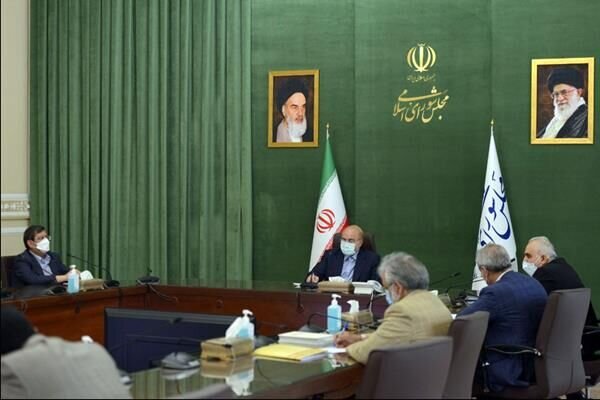 TEHRAN – Senior Iranian officials gathered at the country’s parliament on Tuesday to explore ways for supporting the stock market and resolving its current issues, IRNA reported.

Chaired by the parliament speaker Mohammad Baqer Qalibaf, the meeting was also attended by the Governor of the Central Bank of Iran (CBI) Abdolnaser Hemmati, Finance, and Economic Affairs Minister Farhad Dejpasand, and the Head of Iran’s Securities and Exchange Organization (SEO) Mohammad-Ali Dehqan Dehnavi.

Speaking in the meeting, Qalibaf stressed the need for ensuring the shares of small shareholders, the structural reforms of the SEO, and the amendment of the securities law.

He also called for allocating one percent of the National Development Fund (NDF) resources for supporting the stock market.

The parliament speaker also expressed concern over the current situation of the capital market and emphasized that the proposals made for supporting the market are not enough and should be strengthened.

The official noted that any proposal should be in line with the goal of restoring confidence in the capital market and supporting long-term investment in the country.

“Professional regulations and proper policies should be implemented in order to lead to long-term investment in this market,” Qalibaf stressed.

Also in the meeting, Dejpasand and Dehqan Dehnavi presented the proposals of the government’s economic headquarters regarding the reform of the capital market, and Hemmati also explained the CBI’s decisions for supporting the capital market.