Breaking: “The Notebooks of Serafino Gubbio” comes to Persian bookstores 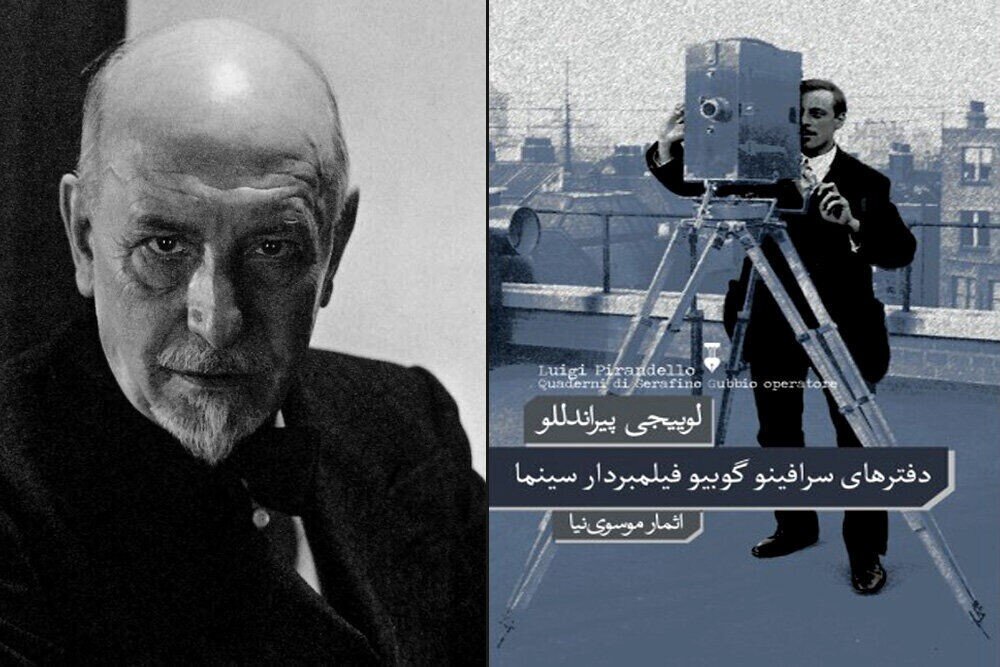 Breaking: “The Notebooks of Serafino Gubbio” comes to Persian bookstores

TEHRAN – “Shoot!: The Notebooks of Serafino Gubbio, Cinematograph Operator” by Italian writer Luigi Pirandello has recently been published by Farhange No in Tehran.

The book has been translated into Persian by Asmar Musavinia.

Originally published in Italian in 1915, “Shoot!” is one of the first novels to take as its subject the heady world of early motion pictures.

Based on the absurdist journals of fictional Italian camera operator Serafino Gubbio, “Shoot!” documents the infancy of film in Europe — complete with proto-divas, laughable production schedules, and cost-cutting measures with priceless effects — and offers a glimpse of the modern world through the camera’s lens.

The book is a classic example of Nobel Prize-winning Sicilian playwright Pirandello’s literary talent, and genius for blurring the line between art and reality.

From the film studio Kosmograph, Pirandello’s Gubbio steadily winds the crank of his camera by day and scribbles with his pen by night, revealing the world both mundane and melodramatic that unfolds in front of his camera.

Through Gubbio’s narrative — saturated with fantasy and folly — Pirandello grapples with the philosophical implications of modernity.

Like much of Pirandello’s work, “Shoot!” parodies human weaknesses, drawing attention to the themes of isolation and madness as emerging tendencies in the modern world.

Enhanced by new critical commentaries, “Shoot!” is an entertaining caricature, capturing early twentieth-century Italian filmmaking and revealing its truths as only a parody can.

Pirandello was also a dramatist, novelist, poet and short story writer whose greatest contributions were his plays.

He was awarded the 1934 Nobel Prize in Literature for “his almost magical power to turn psychological analysis into good theater.”

Pirandello’s works include novels, hundreds of short stories and about 40 plays, some of which are written in Sicilian. His tragic farces are often seen as forerunners of the Theatre of the Absurd.

Photo: This combination photo shows writer Luigi Pirandello and the front cover of the Persian version of his book “Shoot!: The Notebooks of Serafino Gubbio, Cinematograph Operator”.