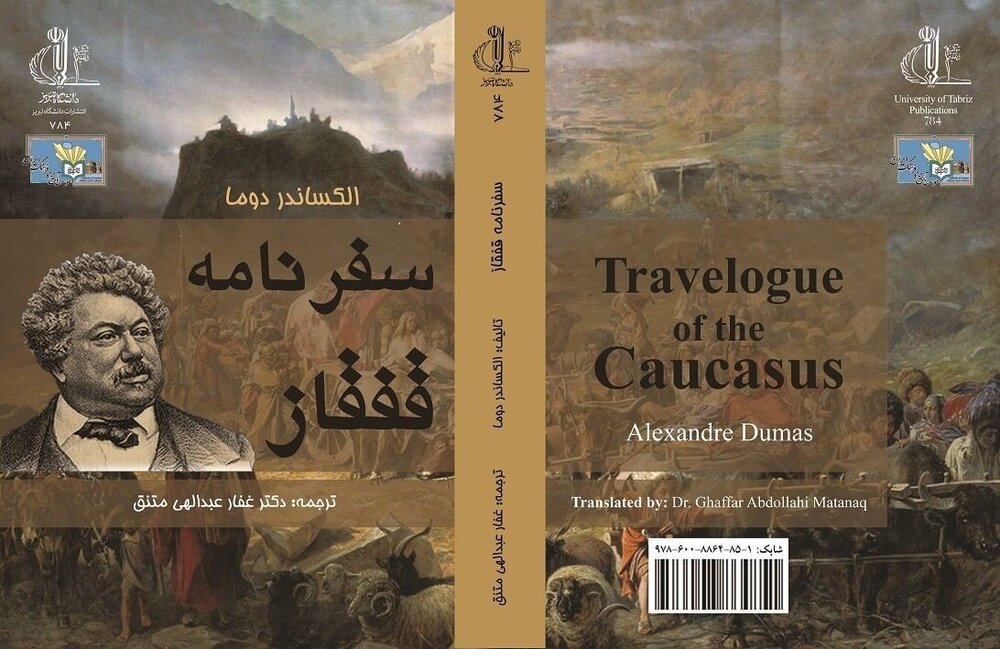 TEHRAN – University of Tabriz Publications has recently published French writer Alexandre Dumas’ “Tales of the Caucasus – The Ball of Snow and Sultanetta” in Persian.

Ghaffar Abdollahi Matanaq is the translator of the travelogue first published in 1903.

It is a chronicle of his 1858 trip across the Caucasus, and details his experiences hunting, attending Russian dances, skirting around battles, and braving the harsh elements.

An enjoyable and interesting read, “The Ball of Snow” is highly recommended for fans of travel writing. Sultanetta is a novella inspired by a classic Russian novel.

Dumas (1802-1870) was a famous French writer. He is best remembered for his exciting romantic sagas, including “The Three Musketeers” and “The Count of Monte Cristo”.

His father’s aristocratic rank helped young Alexandre Dumas acquire work with Louis-Philippe, the Duke of Orleans, as a writer, finding early success. He became one of the leading authors of the French Romantic Movement in Paris.

Despite making a great deal of money from his writing, Dumas was almost perpetually penniless thanks to his extravagant lifestyle.

His novels have been translated into nearly a hundred different languages, and have inspired over 200 motion pictures.

Many of the earliest books, particularly those dating back to the 1900s and before, are now extremely rare and increasingly expensive.

Many of his novels, including “The Count of Monte Cristo”, “The Three Musketeers”, “The Man in the Iron Mask” and “The Vicomte de Bragelonne” were serialized.

Photo: Cover of the Persian translation of French writer Alexandre Dumas’ “Tales of the Caucasus – The Ball of Snow and Sultanetta”.