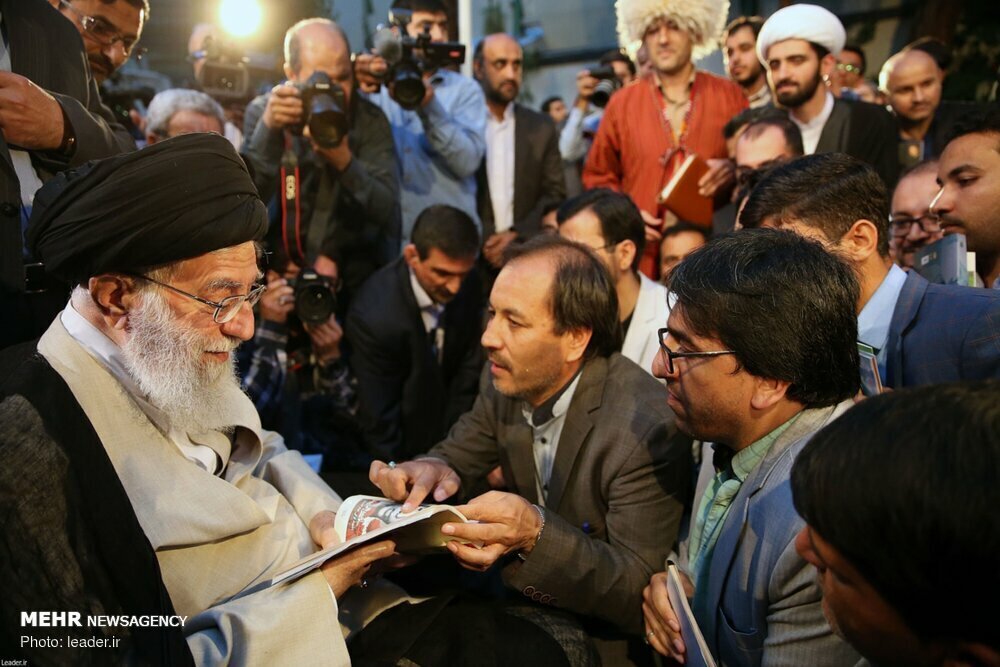 TEHRAN – Literati’s annual meeting with Leader of the Islamic Revolution Ayatollah Seyyed Ali Khamenei was replaced with a poetry night on Tuesday due to a big rise in the number of COVID-19 cases in the country.

The poetry night named “Visiting the Moon” was held at in the courtyard of the Art Bureau in Tehran, the art Bureau announced.

The gathering, which was held with a limited number of poets and literary figures, was broadcast live on IRIB Channel 2.

“We hope the wretched virus misery will come to an end soon, and with God’s help, the meeting with the Leader will be organized as usual in next Ramadan,” the Art Bureau said in its press release.

The annual meeting of the poets and literati with Ayatollah Khamenei is organized on the eve of the birthday of Imam Hassan (AS) on Ramadan 14. However, the meeting has been canceled over the past two years due the COVID-19 pandemic.

During the meeting, the poets and writers usually recited excerpts of their latest works.

The poetry night “Visiting the Moon” was also held last Ramadan in the courtyard of the Art Bureau. The organizers played a recording of last year’s speech by Ayatollah Khamenei during the gathering.

In his meeting in 2019 with the literati, the Leader criticized Persian media and Islamic Republic of Iran Broadcasting (IRIB) for their disregard of the standard language, using “faceless language” and foreign terms and words, and addressing the cultural officials and literati, warned, “Don’t let the Persian language fall into decay and ruin.”

Photo: Leader of the Islamic Revolution Ayatollah Seyyed Ali Khamenei glances at a book by Tehran-based Afghan writer Mohammad-Sarvar Rajai (C) during his annual meeting with poets and literati on May 20, 2019. (Leader.ir)