Breaking: War is not the solution but patience is… 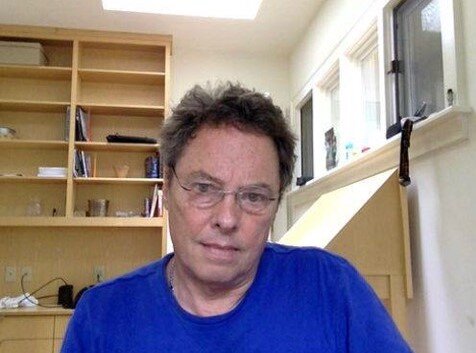 Breaking: War is not the solution but patience is…

If ever a nation was severely stuck between various hard places, the U.S. is it, and the only blame that can be meted out is to the U.S. government and the Federal Reserve Bank after several decades of mismanagement and bad policy.

Anyway, last week, several hundred Zionist settlers in Palestine went on a “wilding”, storming through parts of East Jerusalem where they assaulted anyone without a yarmulke, any Palestinian, causing serious damage and scores of injuries to the natives. It was one of the worse expressions of racism and Jewish nationalism seen in some time, but this happens on a lesser scale all too frequently. It has become evident they want to take over al-Aqsa and expel even more people from their homes in Jerusalem to install themselves illegally there. The U.S. did respond, but very tepidly, and did not condemn the mob actions outright. The mob chanted “Death to Arabs”. Of course, the U.S. has long been complicit, because a harsh word against the Zionists and making aid to Israel conditional is not yet likely. Consider this to understand it better:

Say one is a 32-year-old living in Brooklyn in a rundown apartment and working some night shift in a New York warehouse driving a forklift and has a wife and kid both of whom are difficult. And being a Jew, he suddenly discovers life could get a whole lot better with a fresh identity as a hardcore Zionist because the Apartheid entity will give his entire family airline tickets on El Al and a nice, newly constructed apartment on a hill in the West Bank on stolen land with a great view. And to boot, the family gets to carry around the latest military rifles and be a part of a colonial enterprise anointed by Yahweh, which in effect means Yahweh has in effect anointed this young man, too. Since he has long and ignorantly considered himself better than any non-Jew, it is now going to be confirmed vastly to him because he gets to do whatever he damn well pleases and can even kill the poor people with impunity in an ancient village near the settlement just because! Life seems golden suddenly. No more worries and it’s all virtually free. What an inducement this is to abandon squalid Brooklyn! How wonderful the new identity! No more a mere schmuck but a member of the Army of Yahweh and he’s backed by a couple hundred nuclear bombs, too, in a country that declares nothing and does not abide by any rules at all.

This, essentially, is what the world has to deal with given the Zionists. People no better than members of ISIS and in some respects worse as terrorists. And they are creating problems not just in the Middle East (West Asia) but worldwide, and especially in the U.S. One must honor the Islamic Republic for resisting and condemning overtly the Apartheid entity. The paucity of resistance and wide support in U.S. government circles is or will be the end of all respect for America someday.

America is beset by many problems, but maybe the biggest is an indoctrinated population leading them to passivity and ignorance. Many believe themselves to be the “free-est” people on earth, but in fact citizens are taxed and garner no substantial civic benefits in return while the Military-Industrial Complex and the immensely rich continue to profit enormously. And the MIC literally has become the economy, because the country produces little while most goods are supplied from overseas, and especially from China.

Perhaps one big reason average American think they are free is because they get to own guns, with which random carnage has become an almost daily event. Make no mistake, the U.S. is in steep, irreversible decline with a virtually broke Treasury dependent on fiat dollars printed in the trillions by the Fed. It’s hard to imagine the U.S. will not lose the dollar as the primary world reserve currency this decade and as well it’s “empire” of hundreds of military bases across the globe and also the country’s capacity to dominate anywhere.
The absolute KEY to countries like Iran is patience and the avoidance of war, for the U.S. government has long been making all the wrong moves overseas and at home, too. Iran has shown tremendous restraint aside from reminding its enemies very occasionally that it does have defensive capabilities. And Biden is not the solution, but he IS a far better and more popular President inside the U.S. than Trump. (Many in the U.S. are just waiting eagerly for indictments against Trump that may land him in jail eventually.)

Overall, it’s unfortunate that most Americans will not wake up to the dangers of its own governance and past misdeeds spawned in Washington, as much of the rest of the world already has, before loss of faith in the U.S. promoted by some further madness comes home to roost further on average U.S. citizens. At that point there may be some sort of “revolution” or a vast anger that is likely to make the situation even worse for a while unless enlightened leaders come to the fore and manage to settle the U.S. into a full acceptance of a multipolar world where cooperation with other countries, and especially alleged “enemies” who have demonstrated patience, emerges.