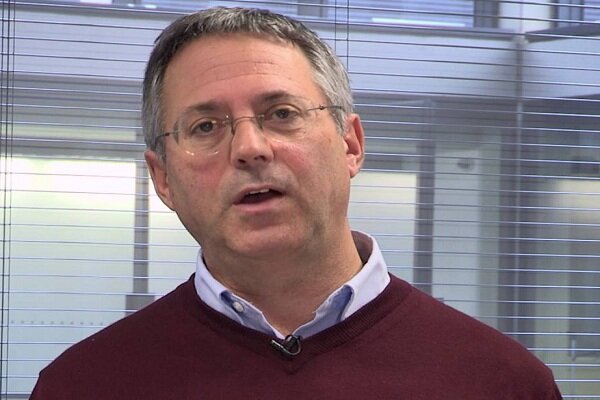 TEHRAN – A professor of international relations at the University of Oxford believes the 25-year Iran-China partnership undercuts U.S. efforts to isolate Iran economically and diplomatically.

In an interview with the Tehran Times, Richard Caplan notes, “The agreement, which predates Biden, undercuts U.S. efforts to isolate Iran economically and, to some extent, diplomatically.”

“I don’t expect the partnership to change the balance in the Middle East (West Asia), but it will affect the dynamics there,” Caplan adds.

On March 27, Tehran and Beijing finalized the 25-year roadmap for comprehensive partnership.

The plan was finalized in a meeting in Tehran between Chinese Foreign Minister Wang Yi and Ali Larijani, advisor to the Leader of the Islamic Revolution and Iran’s Special Representative for strategic ties with the People’s Republic of China.

Not only the agreement prevents Iran’s isolation in the future, according to the Oxford professor, “it also supports China’s ambitions to extend its economic and strategic influence throughout Eurasia.”
Following is the text of the interview:

Q: How do you assess Iran’s nuclear talks in Vienna? Are you optimistic about these talks?
A: I am cautiously optimistic about the talks. By many accounts, progress is being made. There is an apparent determination on the part of both the United States and Iran to breathe new life into the JCPOA. There are stumbling blocks, and they are serious – notably the lifting of U.S. sanctions (which ones and when?) and the sequencing of steps (does Iran return to compliance first, or does the U.S. lift sanctions first?).

Moreover, the U.S. and Iran are still not negotiating directly with each other but are communicating through European intermediaries. However, both parties seem determined to revitalize the JCPOA.

Q: Why has Biden focused on China and Russia? Is he going towards a confrontation?
A: Biden’s focus on China and Russia should not surprise us. It was evident from his presidential campaign that he views Chinese and Russian behavior as threats to U.S. interests for different reasons. Like Trump before him, Biden maintains that China is not abiding by international rules—for fair competition, fair trade, and human rights. Russia, under Putin, on the other hand, is seeking to exploit U.S. vulnerabilities through America’s openness as a democracy. I don’t think any of the parties want confrontation and they have shown a willingness to cooperate, to varying degrees, where interests converge, but there is no question that U.S. relations with China and Russia are strained.

Q: Do you think that China is able to overtake the U.S. in the near future?
A: China has been rising steadily—economically, militarily, and diplomatically. It is quite possible that China will overtake the U.S. in terms of its economic size – by some measures, it has already -, but the U.S. continues to enjoy many advantages. The jury is out as to whether China will eclipse the U.S. as a major power in the long term. This is a much-debated issue among scholars and analysts.

Q: Do you think that the Iran-China partnership can change the balance in West Asia?
A: I don’t expect the partnership to change the balance in the Middle East (West Asia), but it will affect the dynamics there. The agreement, which predates Biden, undercuts U.S. efforts to isolate Iran economically and, to some extent, diplomatically. It also supports China’s ambitions to extend its economic and strategic influence throughout Eurasia.