Breaking: Palestine Is Not Alone represents support of 66 nations for Palestine 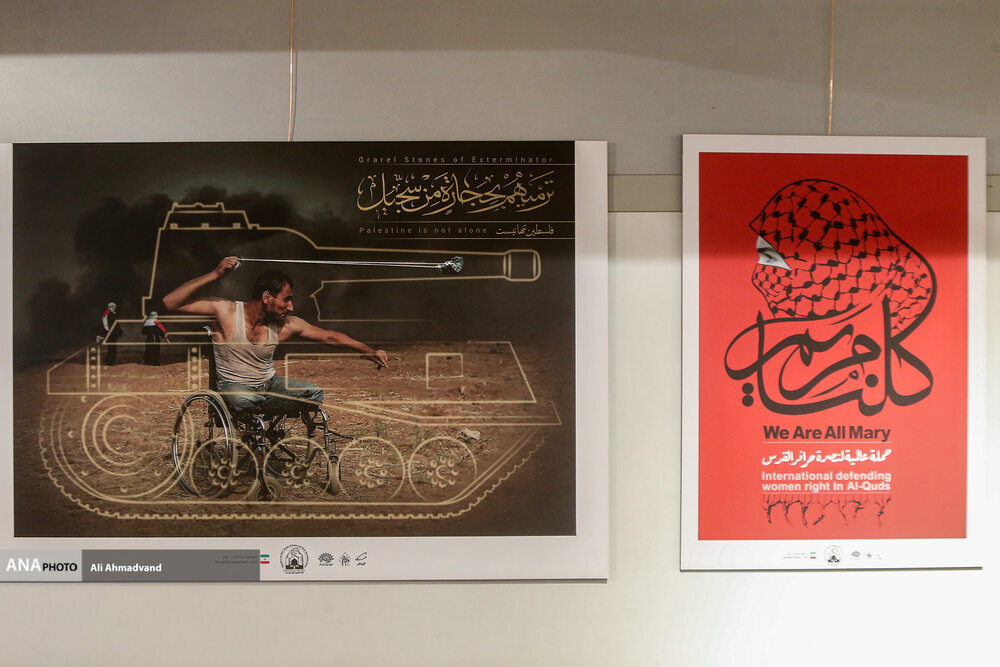 Breaking: Palestine Is Not Alone represents support of 66 nations for Palestine

TEHRAN – The director of the Art Bureau has said that the widespread participation of artists from 66 countries in the Palestine Is Not Alone International Cartoon, Caricature and Poster Contest represents their nations’ support for Palestine.

Speaking during his Monday visit to an exhibition displaying the competition’s selected artworks at the center, Mohammad-Mehdi Dadman said, “The skilled, professional participation of the representatives of 66 countries with their works of art in this competition is a source of pride, dignity and hope.”

The Art Bureau of the Islamic Ideology Dissemination Organization has organized the contest to show solidarity with the oppressed people of Palestine.

Dadman described the normalization of relations with the Zionist regime as an evil plan designed by Zionist and U.S. think tanks.

He referred to the humiliating participation of a few governments in this plan, as treason that will not be forgotten by the people of the region.

The Art Bureau Director further added that artists from 66 countries participated in this international competition as representatives of their nations showing their support for the oppressed people of Palestine with their art work.

Expressing hope for the rapid liberation of Palestine from its occupiers, Dadman noted, “The Palestinian issue is the priority of the Islamic world and the region, and the people of Palestine will soon be celebrating the liberation of their country.”

The Palestine Is Not Alone contest received more than 3000 artworks from 66 countries, and the cartoons can be accessed online via the Iran Cartoon website.

Luiz Carlos Fernandes from Brazil, Cristina Bernazzani from Italy, Izabela Kowalska from Poland and Balai Kartun Rossem from Malaysia will judge the submissions to the international competition.

Mohammad Khazai, Masud Ziai, Masud Shojaei-Tabatabai, Saedi Sadeqi and Abbas Nasseri are the Iranian jury members who will judge the artworks at the contest.

Photo: Posters are on view at the Palestine Is Not Alone International Cartoon, Caricature and Poster Contest at the Art Bureau in Tehran. (ANA/Ali Ahmadvand)