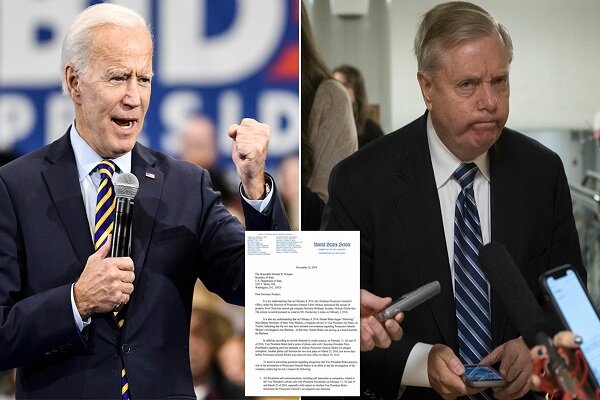 GOP Sen. Lindsey Graham of South Carolina blasted U.S. President Joe Biden, accusing him of being a “destabilizing” leader during his first 100 days in office.

In an interview on “Fox News Sunday,” Graham told host Chris Wallace that Biden started off his presidency straying away from the tone of his successful 2020 presidential campaign.

“During the campaign, he made us all believe Joe Biden would be the moderate choice … that court-packing was a bonehead idea,” Graham said. “All of a sudden we have a commission to change the structure of the Supreme Court. Making DC a state … I think that’s a very radical idea that will change the makeup of the United States Senate.”

He added: “AOC [Democratic Rep. Alexandria Ocasio-Cortez of New York] said his first 100 days exceeded her expectations. That’s all you need to know.”

“I think he’s been a very destabilizing president,” Graham said. “And economically, he’s throwing a wet blanket over the recovery, wanting to raise taxes in a large amount and regulate America basically out of business, so I’m not very impressed with the first 100 days.”

Biden supports raising the corporate tax rate from 21 percent to 28 percent to fund his proposed $2 trillion infrastructure bill, but he is open to negotiations with GOP lawmakers.