Breaking: 1 verdict, then 6 police killings across America in 24 hours 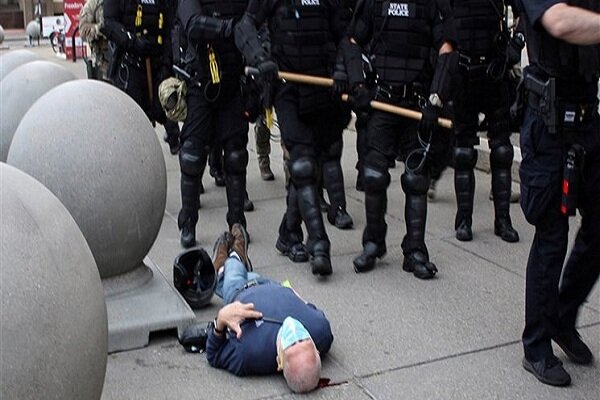 Breaking: 1 verdict, then 6 police killings across America in 24 hours

Even as the Derek Chauvin case was fresh in memory — the reading of the verdict in a Minneapolis courtroom, the shackling of the former police officer, the jubilation at what many saw as justice in the death of George Floyd — even then, blood flowed on America’s streets.

And even then, some of that blood was shed at the hands of law enforcement.

At least six people were fatally shot by officers across the United States in the 24 hours after jurors reached a verdict in the murder case against Chauvin on Tuesday. The roll call of the dead is distressing:
A 16-year-old girl in Columbus, Ohio.

An oft-arrested man in Escondido, California.

The deaths, in some cases, sparked new cries for justice. Some said they reflect an urgent need for radical changes to American policing — a need that the Chauvin verdict cannot paper over. For others, the shootings are a tragic reminder of the difficult and dangerous decisions law enforcement face daily.

An unidentified man in San Antonio.

Another man, killed in the same city within hours of the first.

A 31-year-old man in central Massachusetts.

The circumstances surrounding each death differ widely. Some happened while officers investigated serious crimes. Police say some of the people were armed with a gun, knife or a metal pole. One man claimed to have a bomb that he threatened to detonate. In several cases, little is known about the lives of those killed and what happened in their final moments.

The deadly encounters are only a small snapshot of the thousands of interactions between American police officers and civilians every day, most of which end safely. Uneventful encounters between the police and the populace, however, are not an issue.

It’s a very different story when a weapon is drawn and a life is ended.