TODAY'S ALL NEWS
Previous Breaking: Book on Rumi thoughts on women, gender equality published in Indonesian
Next Breaking: Iranian-made COVIran up to 70% effective against coronavirus 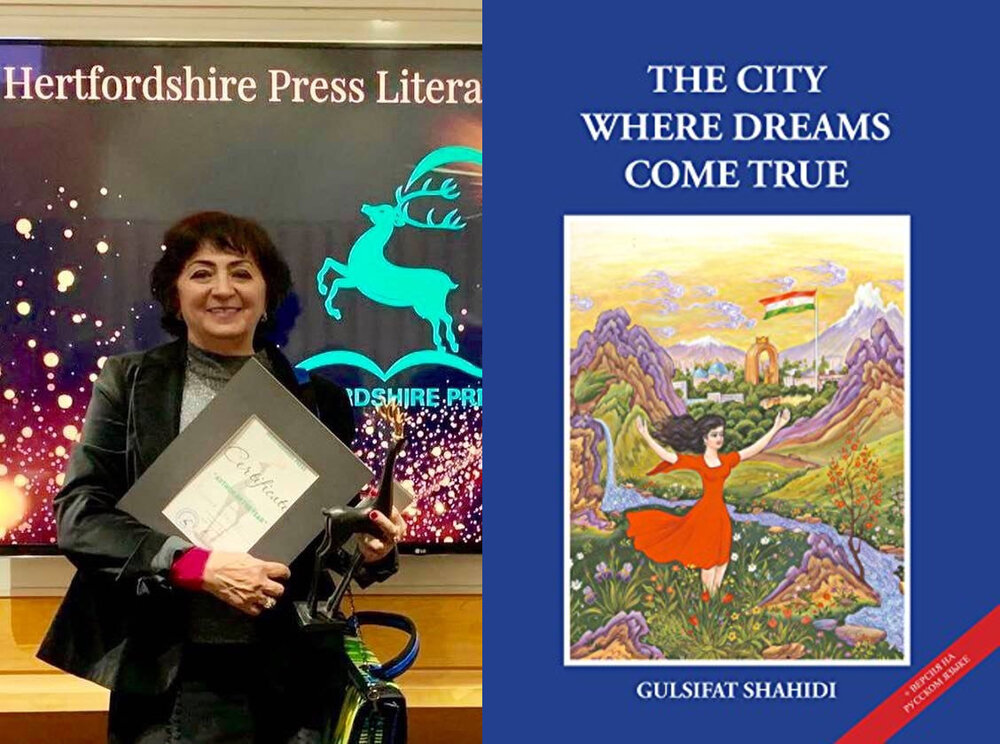 TEHRAN – The Iranian Cultural Center in Moscow has unveiled a Persian translation of Tajik writer Gulsifat Shakhidi’s story “The City Where Dreams Come True” that revolves around the civil war broke out in Tajikistan in 1992.

The book contains a collection of four stories viewed from the perspective of three generations. Shakhidi presents a rare and poignant insight into the impact that Tajikistan’s terrible civil war had on its people and its culture during the early 1990s.

Informed partly by her own experiences as a journalist, these beautifully interwoven stories are imbued with both her affection for her native land and her hopes for its future.

The narrators – Horosho, his granddaughter Nekbaht, her husband Ali and his cousin Shernazar – each endure harrowing episodes of loss, injustice and violence but, against all odds, remain driven by a will to survive, and restore peace, prosperity and new opportunities for themselves and fellow citizens.

An English translation of the book was also published by Hertfordshire Press in 2016.

Shakhidi, Iranian cultural attache Qahraman Soleimani and a number of Tajik and Russian scholars attended the unveiling ceremony of the book, the Persian service of IRNA reported on Saturday.

Shakhidi expressed her thanks for organizing the ceremony, and said that this book has been translated into several other languages.

She said that the story focuses on the disintegration that came following the civil war, as well as their return to union after the end of the war.

Soleimani on his part described the publication of the book as a veneration of peace, and added, “This ceremony is a step toward solidifying the cultural relations between Tajiks and Iranians.”

“This book represents the Tajik people’s grief during the civil war and their return to their homeland after an uneasy peace prevailed in the country after the devastating war,” he added.

He emphasized the necessity for writing about the civil war and added that such an attitude can help prevent similar bitter experiences in the future.

Tania Seminenko, an official of the Margarita Rudomino All-Russia State Library for Foreign Literature, pointed to her close relationship with Shakhidi’s family, and said that the family has been able to introduce the Tajiki culture and art around the world.

She also said that due to its highly dramatic content, the book can be adapted for screen and stage.

Shakhidi is also the author of several other books, including “True Paradise, Lost Paradise”, “Tales of Grandma Gulsifat”, “My Neighborhood Sisters” and “I Am Looking Towards the East”.

This title takes an in-depth look at the historical relationship between Tajik and Russian literature and literary figures.

Volume one draws an endearing portrait of the nineteenth-century translator-poet, Vasily Zhukovsky, while volume two concentrates on Russian-Tajik literary connections during the early years of the Soviet Union.

Through her painstaking analysis of texts, archival documents and personal interviews, Shakhidi masterfully brings the characters and events of both periods to life. Her works are both an academic thesis and a lovingly drawn living history.

The recipient of awards for her work in promoting peace and conflict resolution, Shakhidi’s novel, “The City Where Dreams Come True” won first prize at the Open Eurasia International Literary Festival in 2015. The prolific author of forty-four titles in Russian and Tajik, this collection represents Gulsifat Shahidi’s third book to be translated into English.

Shahidi received an honorary award from the 6th OEBF Festival in Stockholm in November 2017 “for her personal contribution to the unification of the peoples of Eurasia through literature.”

Photo: This combination photo shows Tajik writer Gulsifat Shakhidi and the front cover of the English translation of her book “The City Where Dreams Come True”.