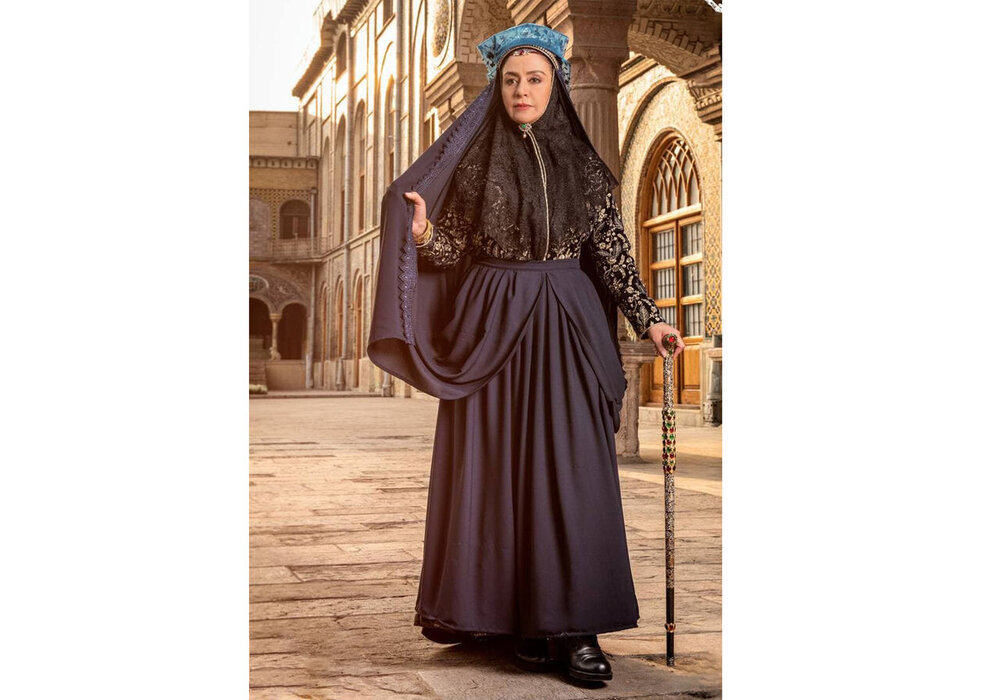 TEHRAN – Merila Zarei has signed up to play the role of Mahde Olya, an influential woman and the mother of Qajar king Nasser ad-Din Shah, in director Hassan Fathi’s TV series “Jeyran”.

In June 2020, Fathi announced his new project “Jeyran”, which is about Nasser ad-Din Shah’s favorite in the harem.

The shooting of the TV series started few weeks ago, however, the new wave COVID-19 in the country has brought a halt to the project.

Producer Esmaeil Afifeh had earlier said, “History has always been a source of inspiration for everybody, and Nasser ad-Din Shah has previously been the subject of several movies and series.”

The series is being produced for the home video network.

“The rise in people’s regard for the platforms providing video on demand (VOD) service and the platforms’ development will help foster film productions,” he stated.

Ehsan Javanmard, the writer of “The Lady of the Edifice”, a popular series directed by Fathi a few years ago, is also writing “Jeyran”.

Parinaz Izadyar, a star in Fathi’s popular series “Shahrzad”, also is starring in the new project.

Jeyran, originally called Khadijeh, was the daughter of Mohammad-Ali, a gardener and carpenter in the village of Tajrish near Tehran during the reign of Nasser ad-Din Shah, who had 84 women in his harem.

Due to her large dark-hued eyes, the shah renamed her Jeyran, which means gazelle in the Azerbaijani language. She was then honored with the royal nickname “Forugh us-Saltaneh”, which literally means “the light of the kingdom”.

There are different stories about her first meeting with Nasser ad-Din Shah. Historian Abbas Amanat has said that Jeyran was among the dancers that were invited to the court on various special royal celebrations and the shah met her among the entourage of Mahde Olya.

In his memoir, poet Taqi Daneshvar said that the shah met her on one of his trips for hunting around Tajrish.

Fathi is also director “Intoxicated by Love”, a co-production between Iran and Turkey about the Persian poet and mystic Molana Jalal ad-Din Rumi and Shams-i Tabrizi, the wandering sage who later became the mentor of Rumi in the 13th century CE.

Photo: Merila Zarei in a scene from “Jeyran”.