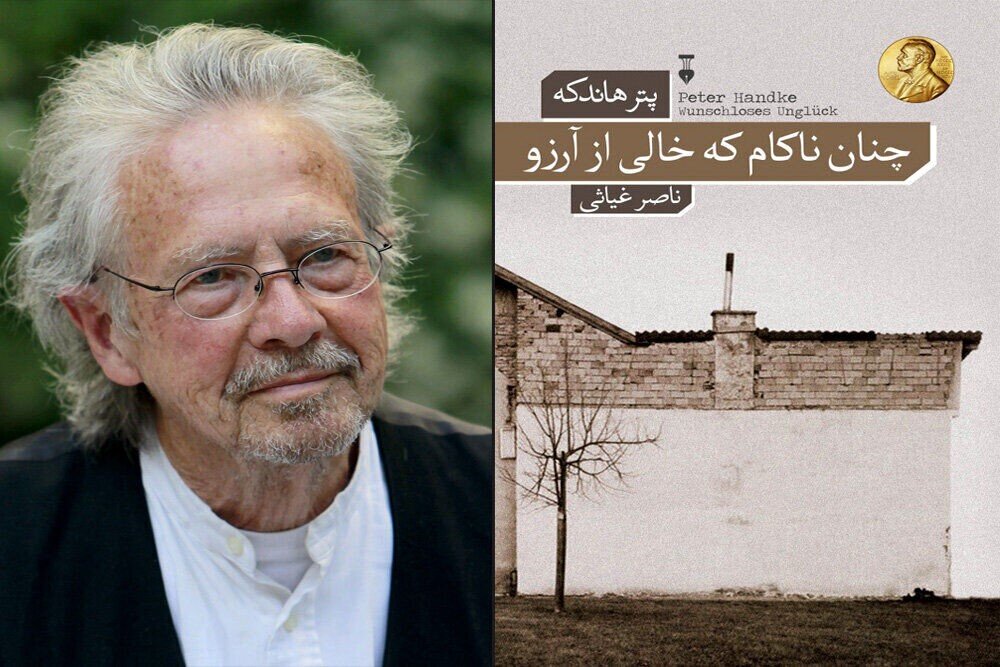 TEHRAN – A news Persian translation of Austrian novelist Peter Handke’s “A Sorrow Beyond Dreams” has recently been published in Tehran.

Farhange Nashre No is the publisher of the book, which has been translated into Persian from a German version by Nasser Ghiasi.

Handke’s mother was an invisible woman. Throughout her life, which spanned the Nazi era, the war and the postwar consumer economy, she struggled to maintain appearances, only to arrive at a terrible realization: “I’m not human any more.” Not long after that, she killed herself with an overdose of sleeping pills.

In “A Sorrow Beyond Dreams”, her son sits down to record what he knows, or thinks he knows, about his mother’s life and death before, in his words, “the dull speechlessness — the extreme speechlessness” of grief takes hold forever.

And yet the experience of speechlessness, as it marks both suffering and love, lies at the heart of Handke’s brief but unforgettable elegy. This austere, scrupulous and deeply moving book is one of the finest achievements of a great contemporary writer.

An English translation by Ralph Manheim with an introduction by Jeffrey Eugenides previously has been published.

Handke is an avant-garde novelist and playwright whose body of work has been awarded numerous literary prizes, including the Nobel Prize in Literature in 2019.

He has also collaborated with German director Wim Wenders, writing the script for “The Wrong Move” and co-writing the screenplay for “Wings of Desire”.

Handke has received other awards, including the 1973 Georg Buchner Prize, the 1987 Vilenica International Literary Prize, and the 2018 Austrian Nestroy Theatre Prize for Lifetime Achievement.

Photo: This combination photo shows Peter Handke the front cover of the Persian translation of his “A Sorrow Beyond Dreams”.