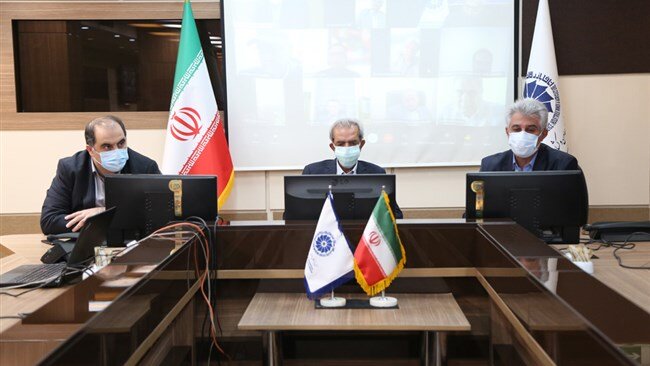 TEHRAN – The first meeting of the heads of Iran’s joint chambers of commerce council in the current Iranian calendar year (started on March 21) was held on Wednesday to explore the country’s economic issues in the current year.

The meeting which was partly physical and partly virtual, was attended by the Head of Iran Chamber of Commerce, Industries, Mines and Agriculture (ICCIMA) Gholam-Hossein Shafeie and the heads of the country’s joint chambers of commerce.

“Development and economic growth determine the power and security of each country. In the past, world powers used to establish military bases in other countries, but now this approach has changed, for example, China is trying to establish a Chinatown in every country. We still do not believe in this strategy in our country,” he explained.

Shafei further pointed to the situation of Iran’s joint chambers with the neighboring countries and said: “The infrastructure should be developed on the borders with these countries.”

Further in the meeting, the heads of the country’s joint chambers of commerce presented reports on the trade relations with their associated countries.

They also underlined the most important issues and problems facing the traders and called for the removal of internal barriers and restrictions and integrated management in foreign trade.