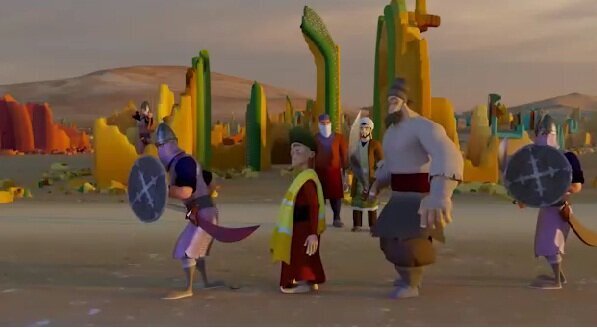 TEHRAN-An animation series based on the tales of the 13th-century Iranian poet Sadi’s major work Bustan has been produced by the IRIB’s Fars provincial channel, ISNA reported on Tuesday.

Entitled “Travels of Sadi”, the series is composed of 26 episodes in two seasons and is produced on the occasion of National Sadi Day, which is celebrated annually on April 20.

Alireza Maskuki and Saman Abdinejad are the directors of the series, which is written by Abbas Karimi.

One of the greatest figures of classical Persian literature, Sheikh Muslih od-Din Sadi Shirazi (C. 1213-1291) is famous worldwide for his Bustan (The Orchard) and Gulistan (The Rose Garden).