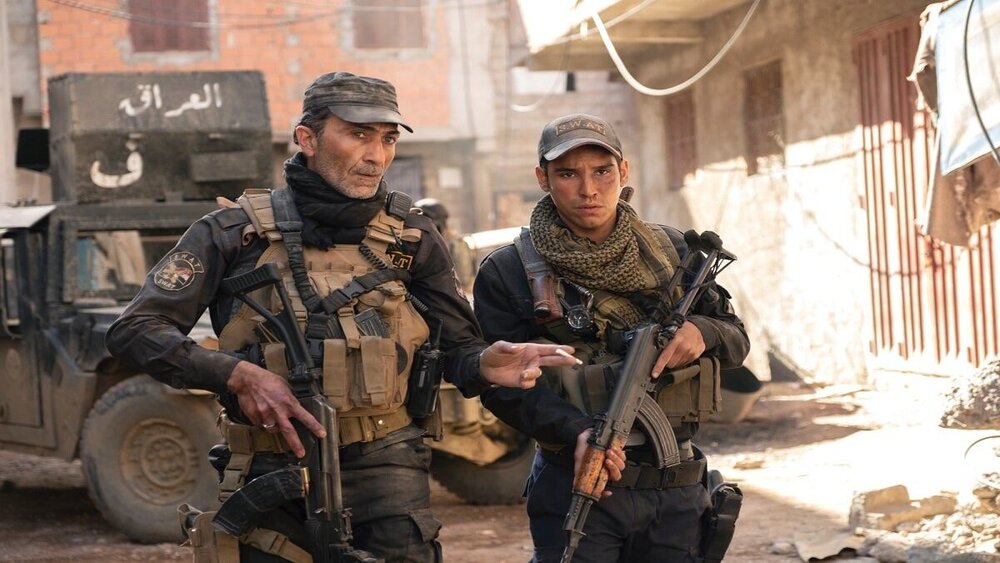 TEHRAN – Exposing the U.S. and the UAE propaganda, a critique published by IRNA looks at the political dimensions of the film “Mosul” and its attempts to distort historical facts

U.S. funded film and movie productions are now pursuing the agenda of establishing a fabricated narrative of the war on the so-called ISIS (Daesh) and changing the horrific realities of terrorist groups that committed crimes against humanity in Iraq and Syria.

A critique published recently by the Islamic Republic News Agency reviews the anti-Iranian propaganda film with reference to evidence and historical facts:

In recent years, especially during the Trump era, while in the midst of the election campaign, the two political factions in the United States confessed to the creation of ISIS, and despite the fact that it became clear who created and supported this terrorist group in Iraq and Syria, their attempts in misleading and misrepresenting history based on lies and distortions continues, both through press and news coverages as well as social media and most recently on a larger scale in the world of cinema.

For months now, an Emirati-American film called “Mosul” has been screened by affiliated networks and the Western-Arabic-Hebrew media, with the aim of distorting history and attempting to turn victims into war criminals.

The film “Mosul” tells the story of a battle that took place between the ISIS terrorists and the so-called Ninawa “SWAT Team”, which the filmmakers try to pass as the main unit that liberated Mosul in 2016. It is immediately clear to an informed audience that despite the fabricated and exaggerated narratives and cinematic effects, the Mosul film is based on minimal accounts of real events. The character of Major Jassim, who commands the SWAT team in the film, is actually inspired by the character of two senior commanders of the SWAT forces, Colonel Ryan Abdul Razzaq and Major Mazhar Saadoun.

Contrary to the narration of “Mosul”, there was no conflict between SWAT teams and other forces fighting ISIS, and all of them followed a single command in the operation. The differences were so small that they did not appear to be in the media at all.

Another point that should be mentioned is the many historical references in the film Mosul. In the sequence of the conversation between the commander of the Ninawa SWAT team and the Iranian commander of the Popular Mobilization Forces (PMF), the commander appears in the unusual uniform of the Revolutionary Guards. The filmmakers of Mosul have made a direct reference to Iran’s hegemony in the region during the Safavid period. This becomes even more important when we consider that in anti-Iranian videos released by the ISIS propaganda media, the Revolutionary Guards were always referred to as the “Safavid Army.”

The use of the word Safavid by the SWAT team and its reference to Iranians is another indication of the filmmakers’ blunders, showing they were unaware that this term was used by the ISIS and Al Qaeda terrorists to refer to Iranians, while in the film this fact has been neglected.

In addition, the Iranian military advisers who were present during the war against ISIS never wore military uniforms, with General Soleimani being the best representation of this, who always dressed in unmarked khaki military clothing in war zones.

Nevertheless, making such films is in fact intended to distort history and mislead the public to pave the way for changes that the United States and its allies are pursuing in the infrastructure of the Iraqi security and military forces.

“Mosul” was made with the investment of the Emirates Film Company ‘Image Nation’, with Mohammad Khalifa Al-Mubarak as director, who is a close associate of Al Nahyan and a member of the Abu Dhabi Executive Council, who also had a major role in lobbying to normalize relations between the UAE and the Zionist regime.

In a sequence of the film, an IRGC commander makes the false claim of Iran not recognizing the Iraqi government and of Iran’s attempts to dominate Iraq. There is also reference made to historical events such as the fall of the Ottoman Empire and the establishment of Iraq by the British.

The film “Mosul” fails to mention the centuries-old historical friendship between the nations of Iran and Iraq. The Ninawa SWAT team has also tried to include all Iraqi religious and ethnic groups to show that only the United States seeks to build a single nation in Iraq, and that Iran only supports a certain section of the Iraqi population. This is despite the fact that Washington, in recent years, has sought to divide Iraq, secede it from the Kurdish region, and wage a religious and ethnic war, in contrast to Tehran, which has always insisted on maintaining unity and respecting Iraq’s territorial integrity.

The film tries to portray Iran as the cause of Iraq’s problems, whereas it was the Americans who occupied Iraq, ? brought al-Qaeda from Afghanistan to Iraq, and fueled the killings that took place during the years of civil war, after which they formed ISIS, triggering crises across the region, and yet they continue to occupy Iraq to this day.

In consideration of the mentioned critique, it is vital to mention the courageous and patriotic ventures of the martyrs defending the holy shrines and the sacrifices of the beloved Iraqi, Lebanese, Syrian, Yemeni, Palestinian, Afghan and Pakistani brothers and sisters. Without a doubt Iran’s enemies will fail in their attempt to distort historical facts.