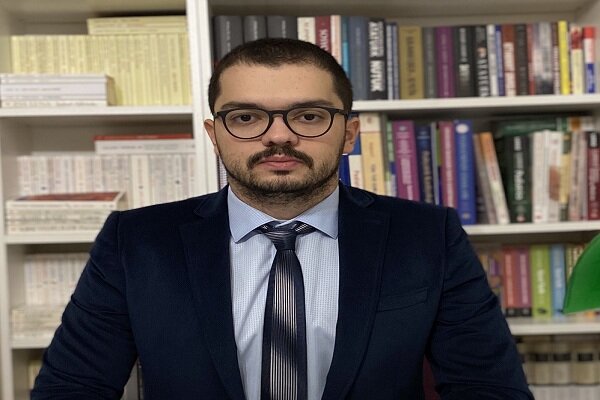 TEHRAN – A Turkish academic says that U.S.-Russia relations have aggravated under the Biden administration due to Biden’s remarks against Vladimir Putin.

“Under the new administration in the U.S., bilateral relations between Russia and U.S. hit bottom,” Mehmet Cagatay Guler tells the Tehran Times.

“It was not going well either under the Trump administration; however, it was certainly less tensioned,” Cagatay Guler adds.

The Kremlin said on Friday it would expel 10 U.S. diplomats and blacklist eight current and former U.S. officials, including FBI Director Christopher A. Wray, Susan Rice, and John Bolton, in response to U.S. sanctions and expulsions.

The expected tit-for-tat measures by Russia deepen the strains between the two countries, but Moscow kept its response relatively proportional.

Russia’s move came after Washington said it would expel 10 Russian diplomats and place sanctions on 32 Russia-related individuals and companies accused of interfering in the 2020 presidential election, spreading disinformation and other harmful actions. U.S. officials claim most of the diplomats on the expulsion list are intelligence officers working under diplomatic cover.

As the two countries are exchanging harsh rhetoric, the Turkish expert says, “All the expectations and hopes disappeared following the statements and accusations of Joe Biden vis-à-vis Vladimir Putin.”

Q: How do you describe the nature of Turkey-Russia relations?

A: I would describe the two countries as having a history of both conflicts and cooperation. People often recall/define the nature of the bilateral relations as a strategic rivalry; yet, they have been unable to explain the rivalry or mostly get stuck with such terms and forget the cooperative part. Having geopolitical clashes or the imperial history of conflicts does not necessarily make them rivals. Considering the early Soviet years and even afterward, we see a long pattern for cooperation in various sectors, specifically the heavy industry.

Today, this pattern continues with a small disguise in sectors like the energy and defense industry.  In this context, we see common examples like TurkStream, Akkuyu Nuclear Power Plant, S-400 missile defense systems, etc.

“Turkey’s commitments and efforts are mostly underappreciated by its Western allies, which allow a window of opportunity for other actors to benefit.”Furthermore, the amount of bilateral trade exceeding 20 billion dollars is worth mentioning when we talk about cooperation.  On the other side, very much like the old times, the two countries are having geopolitical conflicts in multiple geographies. They have been at odds in Syria, Libya, Karabakh, and Ukraine. Their interests, policies, and the supported parties are particularly clashing in all those regions, yet we see continuing cooperation in previously mentioned areas. Also, while having conflictual positions, they somehow managed to get on the same page in Syria, Libya, and Karabakh. As such, several ceasefire agreements, joint patrols, and diplomatic mechanisms specifically established to pursue the dialogue can be regarded as indicators.

To sum up, while assessing the Turkey-Russia relationship, both sides of the coin should be delicately considered and I would say those words (partnership, rivalry, enemies, friends, frenemies, etc.) do not adequately express the nature of the relationship.

Q: How can Ankara establish a kind of balance in its relations with the U.S. and Russia?

A: Turkey has been, in fact, trying to maintain a balance in its relations with the U.S. and Russia. It is a very tricky policy to achieve considering Turkey’s NATO membership and deeper ties with the West together with the geopolitical clashes having with both Russia and the U.S. These circumstances do not ease the ability of such policy but make it a necessity. Purchasing the Russian S-400 missile system would be counted as a balancing act in Turkish foreign policy. The U.S. refrained from providing desired technology and pushed Ankara for alternatives. Yet, it further put up the distance in the gap between Turkey-U.S. relations. Having disagreements and an undeniable significant partnership with both sides make the balance hard to ensure. Turkey, in this regard, tries very hard to achieve a balance, but as I said, it is very difficult in these circumstances and conjuncture. In this context, we see, on the one hand, Ankara’s fulfillment of NATO duties and the resistance put against Russia in multiple fields; on the other hand, purchase of S-400 and further cooperation with Russia. One thing that can be emphasized is that Turkey’s commitments and efforts are mostly underappreciated by its Western allies, which allow a window of opportunity for other actors to benefit.

Q: Why is Turkey trying to approach Ukraine while it may be considered a provocative move by Russia?

A: I do not believe Turkey is trying to approach Ukraine. Turkey has always had good relations with Ukraine. From the very beginning, Turkey has not recognized the annexation of Crimea and, at every opportunity, reiterated its support for the territorial integrity of Ukraine. This position and policy have not changed and will not change depending on third countries’ perceptions or pressures. Russia has been deliberately taken steps acknowledged as provocative moves by Turkey in multiple fields -especially in Syria- and not altering its policy course despite the bilateral cooperation. Hence, it is not realistic to expect Turkey to act otherwise if such moves are seen as conflictual by others.

Besides, Turkey neither supports military conflicts between the two sides nor gives more support to one side against the other. It promotes peace and stability in the Black Sea region, where it also has crucial national interests. Understandably, following the Second Karabakh war, scholars and politicians in Ukraine started to argue what would happen if Turkish drones were used in Donbas or Crimea. The demand for drones was burst. Nevertheless, it dates before when Ukraine first showed its interest in Turkish drones. In short, neither Turkey’s bilateral trade with Ukraine -regardless of the sector- nor leaders’ statement regarding Ukraine’s territorial integrity mean Turkey is approaching Ukraine.

Q: How do you assess Russia-U.S. relations under Biden’s presidency?

A: In a nutshell, under the new administration in the U.S., bilateral relations between Russia and U.S. hit bottom. It was not going well either under the Trump administration; however, it was certainly less tensioned. At the outset, after the green light on the extension of the New Start Treaty, politicians, scholars, and Russian media, in general, are tempted to think that there could be a new page and enhancements in bilateral relations. On the contrary, we are experiencing diverse confrontations and harsher rhetoric. All the expectations and hopes disappeared following the statements and accusations of Joe Biden vis-à-vis Vladimir Putin. This was followed by the more proactive U.S. policies towards Ukraine. We saw the hints in the first talk of the leaders over the telephone. The increasing U.S. and NATO support to Ukraine brought another field of confrontation and aggravated the already tense relations. U.S. sanctions on Russia concerning the Navalny case worsen the relations further. Very recently, the U.S. imposed sanctions on Russia, following the talk between the two leaders on the situation in the borderline of Ukraine. Though it seems like a response to Russian cyber-attacks, it was mainly imposed due to the disagreements over the crisis along the Ukrainian border. Yet, it was not solely because of the Ukrainian crisis. The Biden administration holds Russia responsible for meddling in the elections of 2020 and seeks revenge for that. Overall, Russia-U.S. relations under Biden’s presidency hit rock bottom, and it seems that it is getting worse.

Q: What is the role of Russia and Turkey in supplying energy to Europe?

A: Both actors assume a significant role in Europe’s energy supply security. However, Russia stands as the most important supplier state when it comes to European natural gas demand. EU receives 40% of its natural gas from Russia. It amounts to nearly 160 billion m3. Having Nord Stream II in the equation, Russia will have the potential to cover up %52 of the total EU’s demand. Only Nord Stream pipeline with its two phases would be able to cover up to %22. The amount of supply and the interdependence are immense between the two sides. EU’s energy supply security is mainly determined by Moscow. EU and also most of the other regional countries are highly dependent on Russian energy. This has been one of the main concerns of the U.S. In fact, in every opportunity, Washington raises and reiterates its concerns regarding the Nord Stream pipeline and the EU’s increasing energy dependency on Russia. Having added the amount that will be delivered via TurkStream -under full capacity yearly 15.75 billion m3 – the European dependency on Russian gas will even be further increased.

Turkey, on the other hand, as a transit hub country, also plays a very crucial role in Europe’s energy supply security. It hosts the longest part of the Southern Gas Corridor (TANAP) and TurkStream Gas pipeline. While the former transfers the Caspian gas, the latter links Russian gas to Europe. The delivery capacity of the TANAP to Europe is estimated to 10 billion m3 yearly; yet, it is projected to climb up to 25 billion m3 over time (excluding Turkey’s domestic usage). Plus 15.75 billion m3 from the TurkStream, Turkey will have the potential to transfer up to 40 billion m3 natural gas yearly to Europe. In other words, it can deliver up to 10% of the EU’s natural demand or the significant proportion of the cumulative demand of Europe.