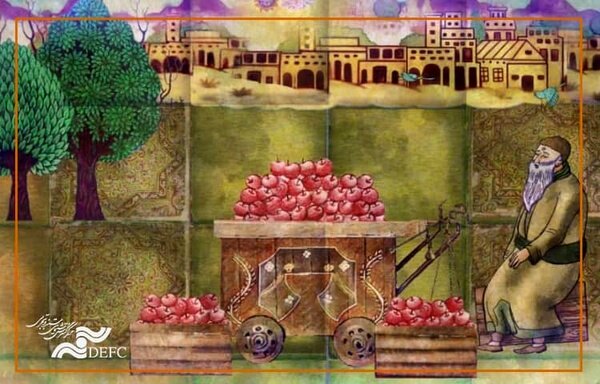 TEHRAN-Iranian director Ziba Arjang’s short animation “Sky Sun, Tile Sun” is on screen at the 12th edition of the London Kurdish Film Festival, which is currently underway virtually in the UK capital, ILNA reported on Monday.

The six-minute animated movie is about a village where people live a happy life until the day when the sun breaks due to bombardment and it becomes dark everywhere. They help each other build a new sun for their sky.

“Sky Sun, Tile Sun” is a symbolic animation without dialogue. The animation has 12 characters, all of whom are considered to be the main characters because they work together to rebuild their world.

The animation is been inspired by the tiled designs of the Qajar-era (1789–1925) Moaven al-Molk Tekyeh in the western Kermanshah province as well as Tehran’s Golestan Palace.  Parts of the areas of both buildings have been used in the film. The tilework of buildings is remarkable, unique, and exceptional with very beautiful designs and 100% natural colors used in them.

Arjang’s previous animation “My Sardasht”, about Kajal, a carpet weaver, who is the only survivor of her family after Iraq’s chemical attack on Iranian town Sardasht in 1987, has been awarded in many national and international festivals.