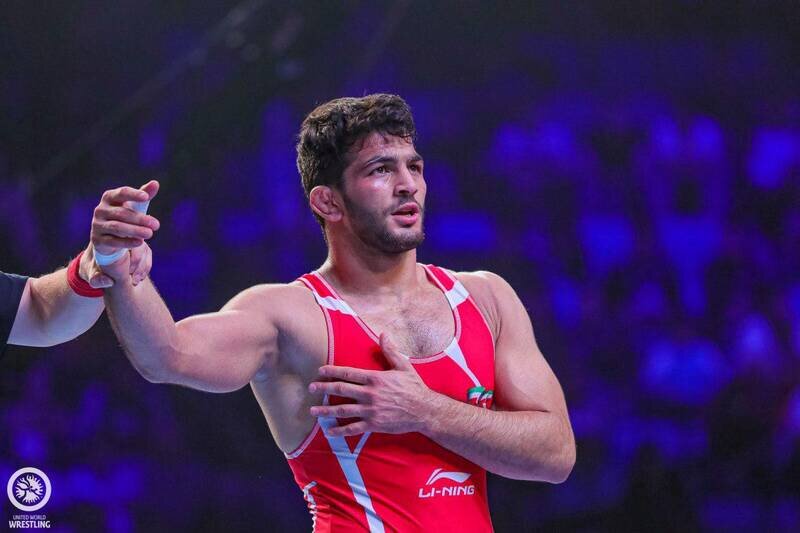 TEHRAN – Iranian freestyle wrestler Hassan Yazdani says that he participated in the Asian Championships as part of preparation for the 2020 Tokyo, where he just wants to win a gold medal.

Yazdani proved once again he is in a class by himself, schooling Indian Deepak Punia in their long-delayed first encounter to take the 86kg gold medal as the six-day tournament in Almaty concluded Sunday night.

“After the pandemic started, it was hard to compete,” Yazdani said in an interview with uww.org.

“I thought I would compete in the World Cup for preparation, but I did not,” he said, referring to the Individual World Cup held in December last year in lieu of a World Championships.

“The Asian Championships was a good event and I wanted to see my preparations and now I will continue to prepare for the Olympics as a wrestler who will win the gold medal. Only the gold.”

Yazdani said he plans to compete again before Tokyo, although he did not specify what events.

“I will participate in some more competitions until the Olympics so that I can keep working on myself and my flaws,” Yazdani said. “This is my preparation for the Olympics and to win the gold medal in Tokyo. That is what matters in the end.”

Looking at the competition in Tokyo, Yazdani said he is not focusing on any certain opponent.