TODAY'S ALL NEWS
Previous Breaking: The bitter fate of Hazaras girls from myth to reality
Next Breaking: Arab monarchies worried about U.S. exit from the region: Iraqi expert 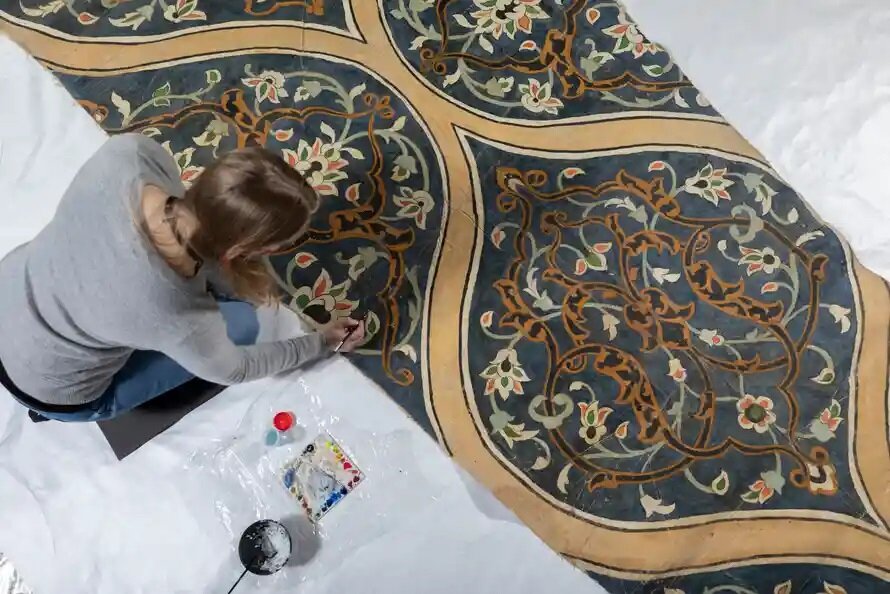 LONDON – One of the world’s largest art museums has launched what it has dubbed the “Epic Iran” exhibition featuring a variety of art works ranging from sculpture, ceramics, and carpets, to textiles, photography, and film dating back 5000 years according to its official website.

The exhibition was just launched and is open to visitors until 12th September 2021. The ten sections in the exhibition feature the remarkable Iranian culture starting with a show of Iran’s landscapes in the “Land of Iran” section, then displaying decorative objects in a portrayal of Iran’s significant civilization before the Persian Empire in the Exhibition’s “Emerging Iran” section.

In a somewhat controversial move, the museum has announced that several archeological artefacts which are “on loan from the British”, as well as collections from the Oxus Treasure Museum which consist of the “Cyrus Cylinder” and “gold armlet”, are on display in the Exhibition’s “Persian Empire” section with the aim of providing an insight into “kingship and royal power” as well as the trade and governance in the society during that era.

The additional sections of the exhibition consist of “Last of the Ancient Empires” section which covers the overthrowing of the Persian Empire, following this; the “The Book of Kings” sections sheds light on how Islam was introduced in Persia featuring poetry works by renown Iranian poets such as Ferdowsi and its famous ‘Shahnameh’. Further sections of the exhibition include the “Change of Faith” section which dwells into the emergence of Islam in Iranian culture with a fascinating lead into the next section named “Literary Excellence” showcasing Iran’s advancement in literature with the emergence of the Arabic script as a literary language in royal courts.

The “Royal Patronage” and “The Old and the New” sections feature the rebirth of the kingship and royal customs in Iran and the imposing of the western culture in Iran by the Qajar dynasty under the pretext of “modernization”.

The exhibition’s final section is the “Modern and Contemporary Iran” which according to the museum’s official website covers a period of “social and political change”, as well as political changes which led to the Islamic Revolution, and consequently the establishment of the Islamic Republic of Iran by Imam Khomeini (ra).