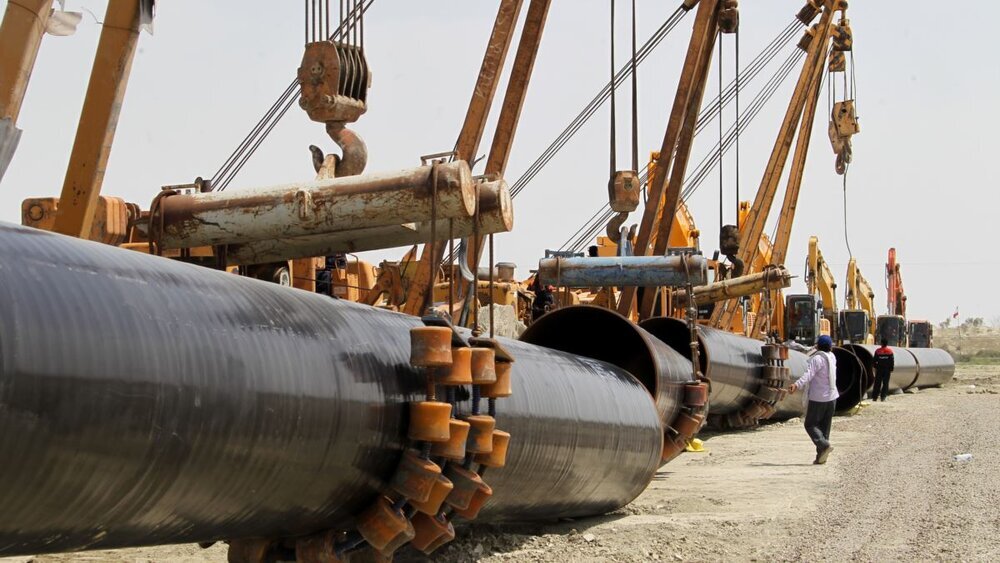 TEHRAN- President Hassan Rouhani said that the national Goreh-Jask oil pipeline project is a very important and strategic project for the sovereignty of the country.

As the country’s second major oil terminal, Jask terminal is under construction on 60 hectares of land and with nearly €260 million of investment.

In line with the development of the mentioned oil terminal, a pipeline project, dubbed the Goreh-Jask oil transfer project, is also underway which is going to provide Iran with an alternative route for the country’s crude oil exports that are currently carried out through the Strait of Hormuz.

According to Touraj Dehqani, the managing director of Petroleum Engineering and Development Company (PEDEC), the progress of the first phase of the strategic Goreh-Jask oil pipeline project has surpassed 80 percent.

Back in December 2020, the official had announced that the implementation of Goreh-Jask project by domestic contractors had saved the country over €500 million.

Goreh-Jask project, which is aimed at expanding the oil transport capacity in the south of the country to one million barrels a day, was inaugurated in late June 2020 by President Hassan Rouhani.