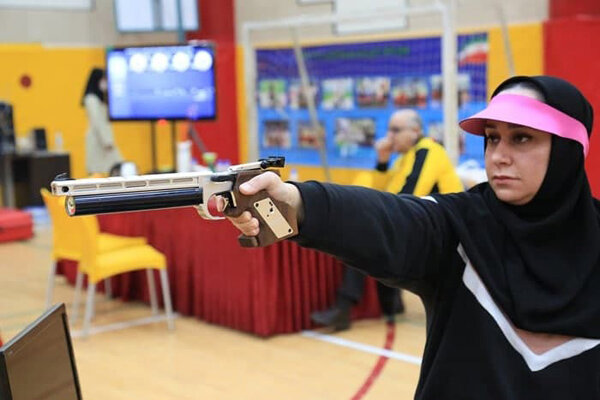 TEHRAN – Sareh Javanmardi of Iran claimed a gold medal on the third day of competition at the World Shooting Para Sport World Cup in Al Ain.

The silver medal went to Aysegul Pehlivanlar of Turkey with a total of 231.5.

A total of 120 athletes from 24 nations are competing in the event until 24 March at Al Ain Equestrian, Shooting & Golf Club, the same shooting range that will host the next World Championships in 2022.