TODAY'S ALL NEWS
Previous Breaking: There is rising tendency to view immigrants as threat:  scholar
Next Breaking: Animation “Wet Mirror” produced based on Attar’s story of Sheikh Sanan

Breaking: “50+One” depicts how Gen. Soleimani saved Erbil from ISIS 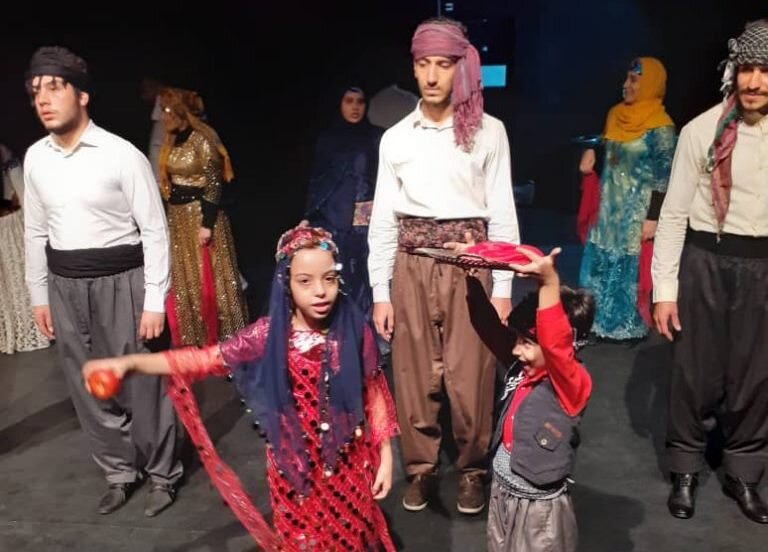 Breaking: “50+One” depicts how Gen. Soleimani saved Erbil from ISIS

TEHRAN – Director and writer Mahtab Asgari has produced a play named “50+One” that depicts how Lieutenant-General Qassem Soleimani, commander of Iran’s Quds Force, saved Erbil from ISIS in 2014 when their fighters were closing in around the capital of Iraqi Kurdistan.

In 2014, when the bloodthirsty ISIS terrorists were on Erbil’s doorstep and after Masoud Barzani’s calls for help from the U.S., UK, France, Turkey and Saudis went unheeded, the former president of Kurdistan Region asked General Soleimani for help.

Barzani recounted the story of General Soleimani’s help in an interview with the Turkish daily newspaper Zaman on January 8, 2015.

“Hajji Qassem arrived in Erbil’s airport the next morning. I went there to receive him. Hajji had come with 50 men from his special forces. They immediately departed for the clash zone and reorganized the Peshmerga forces. The battle turned in our favor within a couple of hours. Moreover, the Iranian arms supplies were delivered to us. Hajji Qassem kept a number of his forces in Erbil for military advice, and returned to Karbala himself.

“Later, we captured a commander of Daesh (ISIS), and asked him how their forces retreated suddenly while they were about to conquer Erbil. The Daesh captive told us ‘our infiltrators in Erbil reported that Qassem Soleimani was in Erbil. So the morale of our men was destroyed and we retreated’.”

General Soleimani’s valor has been regarded in numerous artistic and cultural productions created after his martyrdom on January 3, 2020.

In November 2020, the Islamic Revolution Documentary House in Tehran released “Liberation of Amerli”, a documentary by Hamed Hadian that underlines the key role General Soleimani played in breaking the 89-day siege of the northern Iraqi town of Amerli by the ISIS terrorists.

Amerli, an Iraqi town of Shia Turkmen located in the Tooz District of Saladin Governorate, was besieged by the ISIS terrorists from June 2014, cutting off access to food, electricity and water.

On August 31, the Quds Force, the overseas arm of the IRGC under the commandership of General Soleimani, joined the Kurdish Peshmerga fighters and the Popular Mobilization Units – Hashd al-Shaabi, breaking the siege, which was described by some top analysts as Iraq’s biggest victory against ISIS.

Photo: A scene from the play “50+One” by Mahtab Asgari.