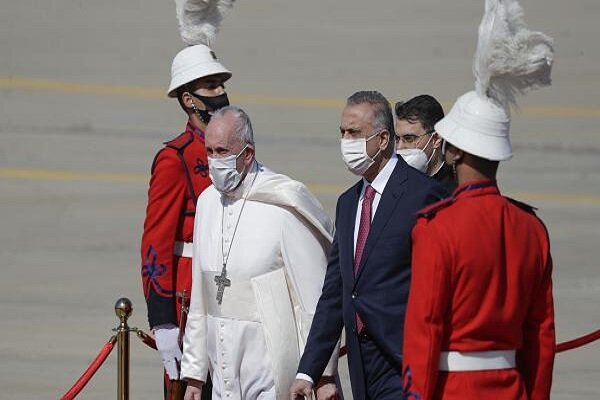 Pope Francis arrived inside the heavily fortified Green Zone, the seat of Iraq’s government, to meet with President Barham Salih and other officials.

Salih greeted Francis outside the presidential palace. Both men wore masks as a band played the Vatican and Iraqi national anthems.

Francis, who has been vaccinated along with his entourage, shook hands with several Iraqi officials.

Public health experts have expressed concern about the first-ever papal visit to Iraq, fearing it could accelerate the country’s already worsening coronavirus outbreak. The Vatican said strict health measures would be taken, but many in the crowds greeting Francis were not wearing masks or keeping their distance from others.