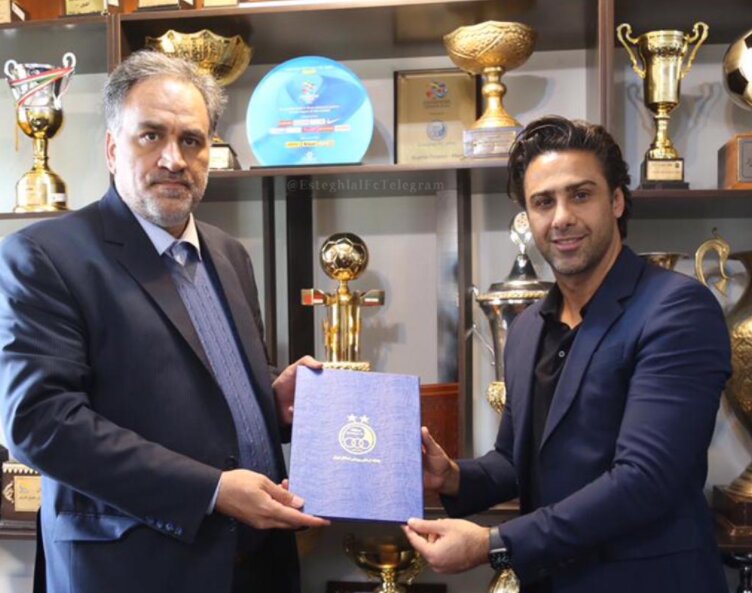 TEHRAN – Esteghlal have confirmed the appointment of Farhad Majidi as the club’s new head coach. It is the third time that Majidi has taken charge of the Blues.

The Tehran-based club’s directors moved swiftly to bring in the new head coach following the decision to sack Mahmoud Fekri on Tuesday.

The 44-year-old will be charged with the task of improving the situation for a side sat in third in the Iran Professional League (IPL) table, with the AFC Champions League competitions also ahead of the team for the remainder of the season.

Majidi takes the charge of Esteghlal barely less than six months after leaving the club at the end of the last season.

It was after the 2020 Hazfi Cup final that Farhad Majidi resigned from his position as Esteghlal’s head coach because of his disputes with the club directors, and his then assistant, Majid Namjoo Motlagh replaced him as interim coach. Just before the beginning of the current IPL season, Fekri was appointed as the Blues’ head coach with a two-year contract.

Fekri’s downfall was the consequence of a string of poor results which saw the blues two defeats and just one win in their last five IPL games. His final game was Monday’s draw against Mes Rafsanjan.

Majidi guided Esteghlal to the Hazfi Cup final, where they were beaten by Traktor, while the club were second in IPL at the end of last season.

The former Esteghlal forward arrives in the Tehran giants club for the third time as head coach with a reputation for being popular among the club’s fans.

According to media reports, Majidi has signed a two-and-a-half-year contract with Esteghlal. He has appointed Pirouz Ghorbani, former Esteghlal defender, as his assistant coach, Saleh Mostafavi as the team’s analyst, and Behzad Gholampour as keepers’ coach.

Majidi would face a tough task to rekindle the Blues’ push for winning titles and to end their eight-year title drought in IPL.

Esteghlal fans and those responsible for running the club do not want to find themselves back in the same situation at the end of the current season.