TODAY'S ALL NEWS
Previous Breaking: Why does SP’s name get dragged into every incident of crime, asks UP CM | India News
Next Breaking: U.S. Ain al-Assad base in Iraq targeted in rocket attack 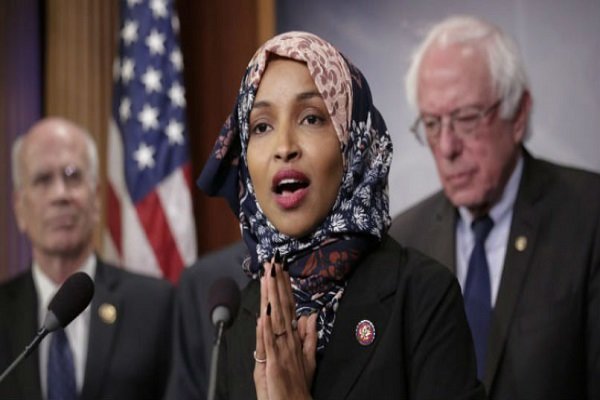 Democratic members of the U.S. House of Representative have introduced two bills to penalize Saudi Crown Prince Mohammed bin Salman (MBS) for his personal role in the violent murder of one of his most prominent critics, Jamal Khashoggi.

The motions were put forward after the administration of U.S. President Joe Biden declassified last week an intelligence report that accused bin Salman of having approved the 2018 killing of the Washington Post journalist.

Congresswoman Ilhan Omar announced on Tuesday a bill that would freeze the Saudi crown prince’s assets and impose a visa ban on him.

“This is a test of our humanity,” she said in a statement. “If the United States of America truly supports freedom of expression, democracy and human rights, there is no reason not to sanction Mohammed bin Salman — a man our own intelligence found to have approved the murder of U.S. resident and Saudi journalist Jamal Khashoggi.”

The legislation would mandate a visa ban against the heir to the Saudi throne, based on existing rules that bar human rights abusers from entering the United States. It also allows the president to issue a national security waiver to lift the visa ban.

“I applaud the Biden administration for naming MBS as Khashoggi’s killer, but it undercuts our message to Saudi Arabia if we accuse him of the crime and then do nothing to hold him accountable,” Malinowski said.

Former U.S. president Donald Trump shielded Riyadh from the fallout of the crime, prioritizing lucrative deals with the regime over human rights concerns.

“The law is clear that the Secretary of State must apply a visa ban on persons he knows are linked to gross human rights abuses — exactly what the Khashoggi report lays out,” he added. “Our bill makes this doubly clear, and reminds the world that in America, no one, whether a president or a prince, is above the law.”

Additionally, McGovern stressed that there must be consequences for the gruesome murder of Khashoggi.

“Such a heinous crime must not be met with impunity. This legislation is an important first step in ensuring that those responsible are named and held accountable,” he said. “I believe more can and should be done, including ending U.S. arms sales and security aid to the Saudi government.”

The U.S. Office of the Director of National Intelligence confirmed in its four-page report the long-suspected view that bin Salman was behind Khashoggi’s murder.

“We assess that Saudi Arabia’s Crown Prince Mohammed bin Salman approved an operation in Istanbul, Turkey to capture or kill Saudi journalist Jamal Khashoggi,” said the report, which was based on the prince’s “control of decision-making in the kingdom, the direct involvement of a key adviser and members of [the prince’s] protective detail in the operation, and [his] support for using violent measures to silence dissidents abroad, including Khashoggi.”