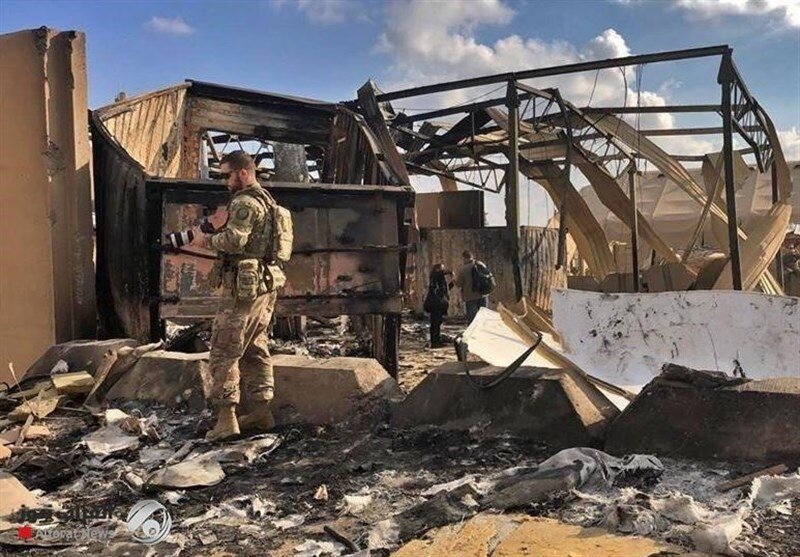 On Wednesday morning a barrage of rockets struck the Ain al-Assad air base hosting American forces in the western Iraqi province of Anbar.

The Security Media Cell, affiliated with the Iraqi prime minister’s office, announced in a statement that 10 Grad rockets had struck the base, located about 160 kilometers (100 miles) west of the capital Baghdad.
The statement added that security forces had found the launchpad for the projectiles and that further details about the incident would be provided later.
The attack took place at 7:20 am (0420 GMT), coalition spokesman Colonel Wayne Marotto confirmed.
Iraqi and Western security sources said a contractor with the Western-led military coalition died of a heart attack during the rocket attack. His nationality has not been unveiled.
Sabereen News, a Telegram news channel associated with Iraqi Popular Mobilization Units, reported that C-RAM systems as well as Patriot Advanced Capability-2 (PAC-2) missile systems deployed at the base were not able to intercept the rockets.
According to the report, a number of U.S. military aircraft as well as Spanish choppers could be seen flying over the hit district, where the air base is located, in the aftermath of the rocket attack.
No group has claimed responsibility for the attack yet, which is the latest in a series of assaults that have targeted U.S. positions in Iraq over the past few months.
Witnesses said a thick column of smoke could be seen billowing from flames in the base.
The raid comes days after the U.S. military conducted an air raid on positions belonging to the forces of the PMU, better known as Hashd al-Sha’abi, on the Iraqi-Syrian border, where they were engaged in fighting the remnants of the Takfiri Daesh terror group.
The Iraqi counter-terrorism force pledged retaliation, prompting the U.S. military forces to go on high alert and adopt maximum security measures in anticipation of a response.
The U.S. raid was said to be a response to recent attacks on its military base in Erbil and its mission in Baghdad’s Green Zone, which Washington blames on Iraq’s Kata’ib Hezbollah, a claim rejected by the Hash al-Sha’abi faction.