Breaking: Everyone has known that MBS is new Saddam Hussein, professor says 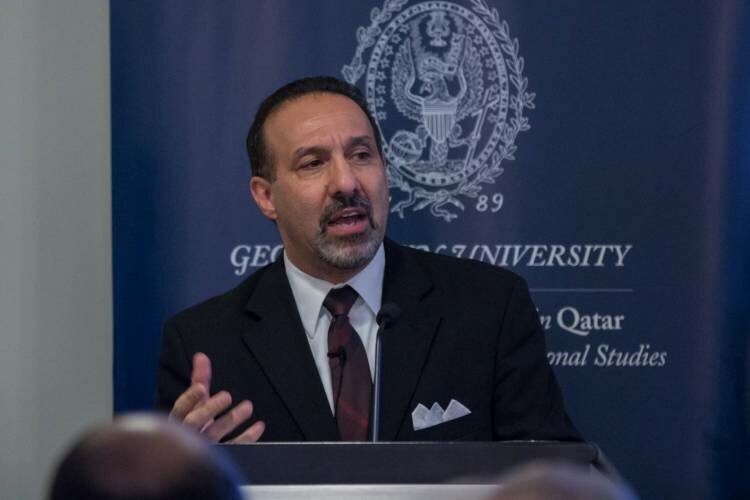 Breaking: Everyone has known that MBS is new Saddam Hussein, professor says

TEHRAN – By releasing an intelligence report implicating Saudi Crown Prince Mohammed bin Salman (MBS) in the murder of Jamal Khashoggi, the U.S. has done “nothing much” because it has been quite clear that MBS in the new Saddam Hussein of West Asia, a university professor says.

“Everyone has known for a long time the Prince Mohammed Bin Salman is the new Saddam Hussein of the Middle East (West Asia),” Mehran Kamrava, director of the Center for International and Regional Studies (CIRS) at Georgetown University, tells the Tehran Times.

Former U.S. President Donald Trump’s administration held back the long-awaited report despite a 2019 law passed by Congress requiring its release.

Khashoggi, a columnist for the Washington Post who had been critical of the Saudi government, was dismembered inside the Saudi consulate in Istanbul in October 2018.

“As is typical with U.S. foreign policy, especially with Democrats, there are often proclamations of lofty American ideals such as human rights and the rule of law, but the reality is continued weapons sales, economic and military support and investments, and the same levels of diplomatic and political support and alliance.” Q:  How do you see the new American administration’s attitude toward West Asia?

A: The new administration’s foreign policy team is still not fully in place. But we are beginning to see a few trends already in its approach to the Middle East (West Asia) that differ sharply from the Trump administration: less overt support for Israeli expansion into Palestinian territories; a more balanced approach toward Saudi Arabia; liberal interventionism in conflict zones such as Syria and Iraq; and a desire to engage in discussions with Iran.

Q:  Why is Biden is moving too slowly to revive the JCPOA even if he wishes to do so?

A: For a number of reasons. To start, the Biden administration is still trying to devise a comprehensive policy toward Iran and the nuclear program. Given the domestic issues he is facing and needs to address – Trump’s second impeachment, the pandemic, economic relief package for Americans, confirmation hearings for his nominees, etc. – complex foreign policy issues have had to wait to be addressed.

In fact, we see that apart from statements saying “the U.S. is back as a member of the global community,” little substantive policy initiatives have been taken in the international arena by the new administration. Also, there continue to be tremendously deep anti-Iran feelings in the United States, fueled by various lobby groups, the media, and individuals with powerful positions throughout the U.S. political system. So, Biden has been slow in approaching the JCPOA so far.

Q:  How may the release of the “explosive” U.S. intelligence document affect U.S.-Saudi ties?

A: These “explosive” documents do not reveal anything that was not known before. Everyone has known for a long time the Prince Mohammed Bin Salman is the new Saddam Hussein of the Middle East (West Asia). The question is “what will the U.S. do about it?” As we have seen over the last week or so, the answer is “nothing much.” As is typical with U.S. foreign policy, especially with Democrats, there are often proclamations of lofty American ideals such as human rights and the rule of law, but the reality is continued weapons sales, economic and military support and investments, and the same levels of diplomatic and political support and alliance.

Q:  Saudi Arabia says Persian Gulf countries should be consulted in any U.S. return to the JCPOA? Why do they make such a suggestion? Is it reasonable?

A: There are two things that Iran needs to realize in relation to the Persian Gulf countries. First, these countries have an existential fear of Iran and view it as a threat to their very existence.

Second, and related, is a deep distrust and fear of Shia sectarianism. As irrational and misplaced as these fears may be, they exist among populations and political leaders across the Persian Gulf and they are very real. In addition to great regional tensions, the Arab states of the Persian Gulf have successfully sold this narrative of “Iran as a destabilizing regional actor” to the rest of the world, especially to the European Union and the United States.

So, Iran needs to proactively try to counter this narrative and take actual, concrete steps to allay the fears of its Arab neighbors. This should be done outside of the JCPOA framework, whose focus is on the nuclear issue.

Q:  How do you assess Iran’s Hormoz Peace Endeavor (HOPE)? What are the challenges to peace in the Persian Gulf?

HOPE is an excellent step in the right direction, and Iran should continue to promote it in various international forums. But very few actors are likely to accept any framework for regional security that has already been devised by someone else and in the crafting of which they were not themselves involved. Parallel to HOPE, therefore, Iran should invite countries like Saudi Arabia and the UAE to join it in devising a comprehensive regional security accord from scratch, with their input. This is urgently needed as now Israel is trying to devise a security arrangement that would involve Saudi Arabia, Bahrain, and the UAE.