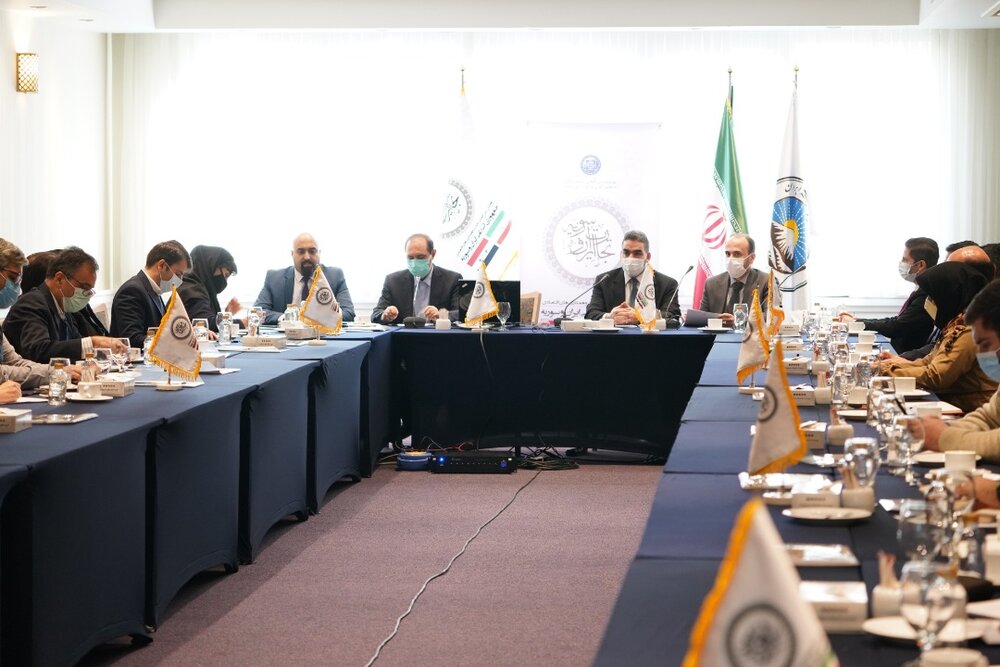 The event was attended by senior officials from both sides including Deputy Director of Tehran Industry, Mining, and Trade Organization Houshang Rezaei Samarin, the Director-General of Ministry of Labor, Cooperatives and Social Welfare for Intl. Affairs Ali-Hossein Shahrivar, Syria’s Commercial Attaché in Tehran Ahmad Khamis, and Hamid Hosseini, board member of Iran-Iraq Joint Chamber of Commerce.

The attendees of the meeting discussed a variety of issues in this event and explored ways for removing the barriers in the way of the expansion of two countries’ trade.

Speaking in the meeting, Sina Sanjari, the managing director of the MPSIran said: “Syria is going through a period of stability and this has presented many opportunities in the fields of infrastructure reconstruction and trade development for Iranian companies, so the conference on Iran-Syria trade and economic cooperation has been held to take a step towards developing more economic cooperation between the two countries.”

Elsewhere in the conference, Ali-Hossein Shahrivar noted that Syria is one of the countries that can be a strong economic partner for Iran, adding: “When there are restrictions on trade relations between Iran and Syria, it will not be possible to invest and implement large projects.”

“After solving basic problems, especially in the logistics and banking sectors, international standards should be taken into account for developing exports and trade relations between the two sides,” Shahrivar added.

According to the official, Iran’s exports to Syria are 10 times more than its imports from this country. This trend causes an imbalance in economic relations between the two countries.

Further in the gathering, Houshang Rezaei mentioned some of the problems in the way of expanding trade relations between the two countries including the lack of efficient banking relations between the two countries, insufficient insurance coverage in the export of technical engineering services by Iran’s Export Development Fund (EDF), and travel restrictions due to the coronavirus pandemic.

Earlier on Monday morning, the Iran-Syria Joint Chamber of Commerce had also organized and held a conference on the business opportunities of the two countries at the place of Iran Chamber of Commerce, Industries, Mines and Agriculture (ICCIMA).

The conference was attended by senior officials from the two sides including the Head of Iran-Syria Joint Chamber of Commerce Keyvan Kashefi and the head of the Federation of Syrian Chambers of Commerce Fahd Mahmoud Darwish, as well as the Head of Iran’s Trade Promotion Organization (TPO) Hamid Zadboum.