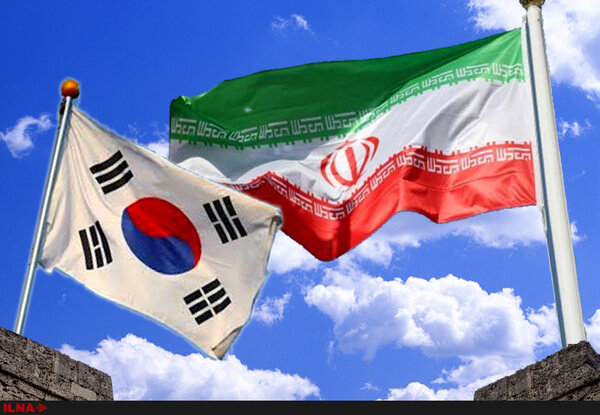 TEHRAN – Head of Iran-South Korea Joint Chamber of Commerce has said that $1 billion of Iran’s frozen funds in South Korea will soon be transferred to an Iran-Switzerland financial channel to be paid for foodstuff, medicine, and medical equipment.

According to Hossein Tanhaei, the medicine items that are set to be imported into the country have been negotiated and determined in coordination with the Health Ministry.

The mentioned developments regarding the release of Iranian frozen funds in South Korea have been achieved following a meeting between the Governor of the Central Bank of Iran (CBI) Abdolnaser Hemmati and the South Korean Ambassador to Tehran Ryu Jeong-Hyun on Monday.

In the meeting which was held on the invitation of the South Korean embassy, the two sides negotiated the ways and protocols for allocating a part of Iranian funds in South Korea for purchasing essential goods from third countries.

Earlier on Wednesday, Hemmati had said that at least $1 billion of Iran’s frozen assets in South Korea will soon return to the country as the first stage of the unfreezing process.

“In the meeting with the South Korean envoy, we stressed how Iran could use its resources,” the official told reporters on the sidelines of a cabinet meeting.

Iran has repeatedly called on Seoul to abandon its “illegal” policies and release the Iranian assets that it has frozen due to the U.S. sanctions so that Tehran can step up its fight against COVID-19.

Earlier, President Hassan Rouhani had reacted to Seoul’s blocking of Iranian assets, saying: “South Korea’s ban on Iran’s use of its central bank resources to buy basic goods, medicine, and humanitarian items is by no means acceptable, and we expect Seoul to lift this restriction as soon as possible.”

Following the intensification of disputes between the two sides, South Korean Vice Foreign Affairs Minister Choi Jong Kun visited Iran in January and met with senior Iranian officials including the CBI governor for discussing ways for resolving the issue.

In the meeting with Choi, Hemmati called on the South Korean government to take an independent approach towards the issue of releasing Iran’s resources in the country, saying: “Seven billion dollars belonging to the Iranian nation has been blocked in South Korean banks for more than two years, this is unacceptable and Iran definitely will not be indifferent towards this issue.”

Referring to a previous visit to Seoul, Hemmati said: “A year and a half ago, I had talks with South Korean officials, including the Deputy Prime Minister and Minister of Economy, about this issue, and they promised assistance and cooperation, which unfortunately were not realized.”

After the Korean official’s visit to Iran, the two sides finally agreed that South Korea should provide the necessary monetary channels for Iran to be able to use its assets in this country for purchasing essentials goods through third countries.