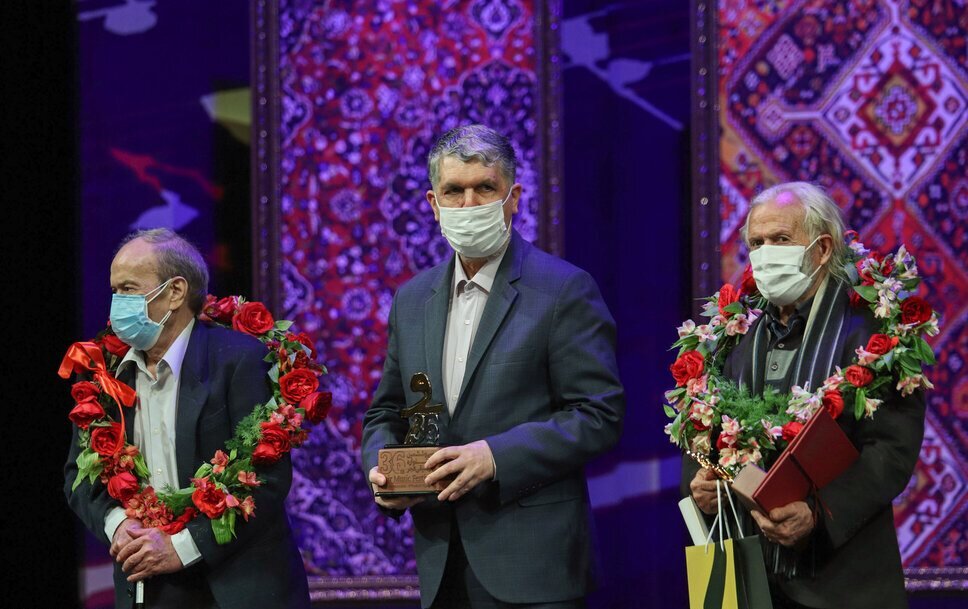 TEHRAN – The 36th Fajr Music Festival was brought to an end by honoring winners in various categories at Tehran’s Vahdat Hall on Monday with a limited number of participants.

In the Classical Music Composition category, the Barbad Award was given to Kaveh Mirhosseini for the album “Ehsraq”.

In the Regional Music Performance category, the Barbad Award was handed to Hamzeh Moqaddam for the album “Black Hamzeh”, and singer Abolhassan Khoshru was posthumously honored with a Barbad Award in this category.

Hushmand Ebadi won the Barbad Award in the Music without Vocals section for the album “Nayi”.

The award in the Vocal Music Composition section went to Bahman Faryadras for “Flight and Song”.

In the Dastgahi Music category, the Barbad Award was presented to Mojtaba Asgari for the album “Ashiran”.

Damahi ensemble received a Barbad Award for best composition in their latest album “Go Hunting in Me”, and Puya Kolahi won the award for best pop singer for his album “Peacock Feather Closed”.

The Barbad Award for Best Publisher was also handed to the Mahoor Institute of Culture and Arts.

The organizers of the 31st edition of the festival in 2016 named their award after Barbad, a renowned musician at the court of Sassanid king Khosrow II who ruled from 590 to 628 CE.

The 36th Fajr Music Festival was launched online with streaming performances on fajrmusicfestival.com, nay.ir and tiwall.com after canceling the in-person edition in Tehran due to the COVID-19 pandemic.

A number of international musicians were invited to give performances during the festival.