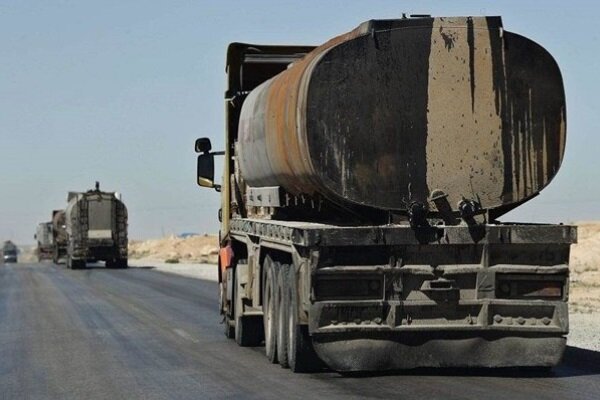 Militants of the so-called Syrian Democratic Forces (SDF), which is supported by the United States, steal 140,000 barrels of crude oil on a daily basis from oil fields in Syria’s northeastern province of Hasakah, a report says.

Ghassan Halim Khalil, governor of Hasakah, announced the grim news in an interview with the Lebanese al-Akhbar newspaper on Saturday, adding that Syrian oil is being plundered by the SDF militants in various ways, all with the participation and support of American forces deployed to the region.

He stressed that precise intelligence collected and received show that U.S.-backed militants use tanker trucks from Taramish area in the vicinity of Tigris and in al-Malikiyah to smuggle the Syrian oil to neighboring Iraq.

Khalil further noted that many tanker trucks pass through the illegal al-Mahmoudiyah crossing into Iraq every day, adding that the SDF militants also regularly send mounts of stolen oil to their controlled areas in Syria.

The Syrian governor also revealed that the U.S. forces have ordered the SDF militants not to allow the Damascus-controlled areas receive oil.

Khalil added that while the Syrian people are suffering from the cold weather and hunger, these U.S.-supported militants plunder Syria’s national oil resources.

During his testimony to the Senate Foreign Relations Committee, Pompeo confirmed for the first time that an American oil company would begin work in northeastern Syria, which is controlled by the SDF, which is an alliance of Kurdish militants operating against Damascus and currently controls areas in northern and eastern Syria.

The Syrian government at the time denounced in the strongest terms the agreement inked to plunder the country’s natural resources, including Syrian oil and gas, under the sponsorship and support of the administration of former U.S. President Donald Trump.

According to Press TV, since late October 2019, the U.S. has been redeploying soldiers to the SDF-controlled oil fields in eastern Syria, in a reversal of Trump’s earlier order to withdraw all troops from the war-torn country.

The Pentagon claims that the move aims to “protect” the fields and facilities from possible attacks by the Daesh Takfiri terrorists, while Trump famously said that the U.S. seeks economic interests in controlling the oil fields.

A U.S.-led military coalition has been pounding what it claimed was the positions of Daesh inside Syria since September 2014 without any authorization from the Damascus government or a UN mandate. The strikes have on many occasions resulted in civilian casualties and failed to fulfill their declared aim of countering terrorism.