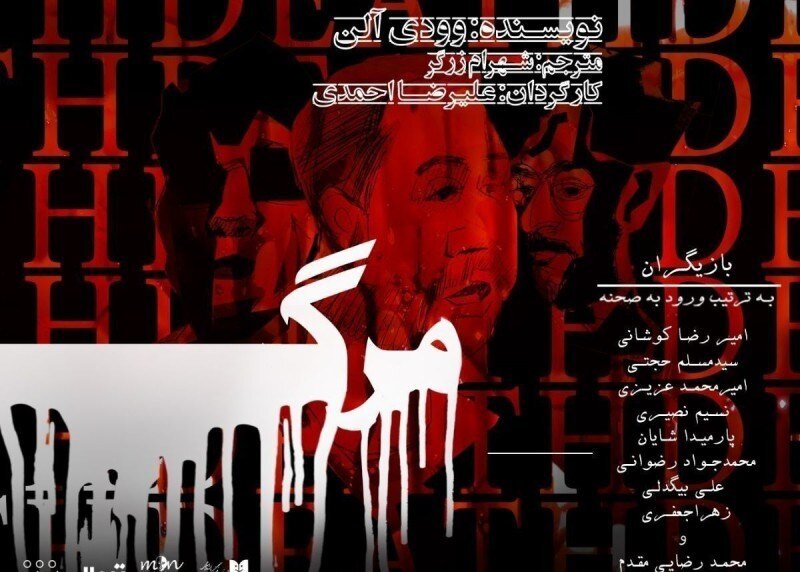 Alireza Ahmadi-Kheiri is directing the play based on a Persian translation by Shahram Zargar.

The play is about Kleinman, a meek salesman that is awoken late one night by a mob led by a man named Hacker, who forces him to join their vigilante group dedicated to catching a serial killer who frequently changes his modus operandi.

Hacker claims to have a plan to catch the maniac, but when Kleinman asks about what he has to do, each man in the group says that they are only aware of their own part of the plan so the killer won’t catch on. They march him to the street to stand guard and leave him on his own to await his part in the plan.

Allen’s plays have always been regarded by Iranian theater troupes and theatergoers.

A group by director Sajjad Qatei performed a reading of Allen’s “Old Saybrook” at Shahrzad Theater in Tehran in March 2019.

In addition, director Shaahin Ramezani staged his “Death Knocks” during the 38th Fajr International Theater Festival in Tehran in 2020.