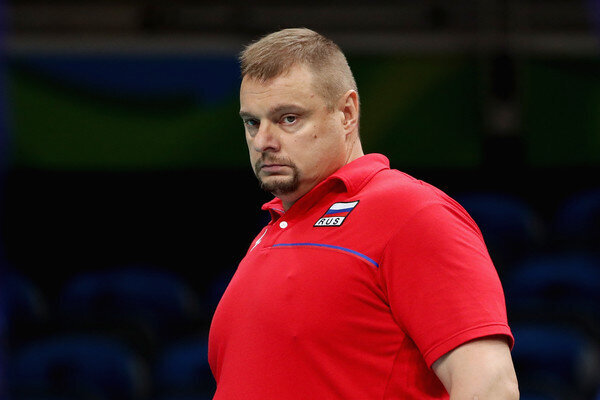 TEHRAN – Russian coach Vladimir Alekno says that he is very excited to lead Iran at the Tokyo Games since it will be his fourth Olympics.

Alekno won a bronze and a gold medal in Beijing 2008 and London 2012, respectively, and finished in fourth place in Rio 2016. The Russian coach is expected to reach quarterfinals at least with Iran, with the aim of winning a medal.

“As I said before, the fourth Olympics in my career is very exciting. When I was offered to lead Iran in the Games, to participate at the Olympics was the main motivation. The Olympics are the ultimate dream not only for the players, but also for any coach. There is a very special atmosphere. If I say that the money was not important for me, I will lie. This also matters. A worthy offer was made and I accepted,” Alekno told sport.business-gazeta.ru.

Alekno reacted to Speraw’s comments, saying that the U.S. coach must focus on his own work.

“I will advise the American coach to focus on his team,” Alekno said. “Iran does not have the same physical capabilities as Russian team have, but they have more variable and faster volleyball, due to player like Saeid Marufu. We will work hard because there is no other option to achieve the result.”

Setter Maruf has worked with Alekno at Zenit Kazan in the 2014/15 season. He helped the team win the Russian Championship and the Champions League. The 35-year-old setter is one of the main stars of Iranian team, Alekno said.

“Maruf is probably among the top five players in the world. He is the team leader and unites it. Marouf is a very important player for Iran. I think it will be a great encouragement both for me, Marouf and all other Iranian volleyball players to show themselves at the Olympics,” Alekno stated.

At the Olympic tournament, Iran’s rivals will be teams from Japan, Poland, Italy, Canada and Venezuela. But Alekno doesn’t want to talk about them at the moment.

“The main rivals of Iran are themselves. You need to know yourself at first. The recent results do not suit the Iranians. The FIVB Volleyball Men’s Nations League final six is ​​not a place they are dreaming of. A coach who promises results is a deceiver. You can promise to do the best you can in order to achieve a result, and prepare as well as possible for each opponent. We will move forward step by step,” concluded the coach.