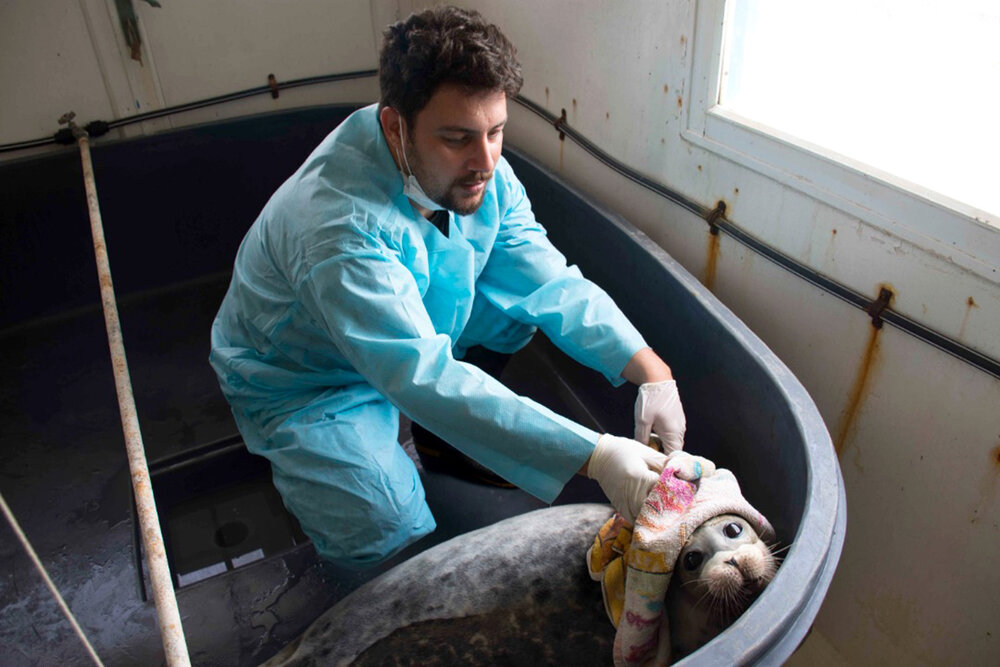 The Caspian seal, also known as Pusa Caspica, is one of the smallest members of the earless seal family and unique in that it is found exclusively in the brackish Caspian Sea. They are found not only along the shorelines, but also on the many rocky islands and floating blocks of ice that dot the Caspian Sea.

In a press release published by the EDFC, Mohammadreza Keivanfar, the director of the documentary entitled “Amir”, said, “Amir Shirazi is the sole supporter of the Caspian seal in Iran who is making attempt to save the endangered species.”

“In 2019, he launched a large campaign to draw up a petition against legal hunting of this mammal in Russia, and finally, hunting the Caspian seal was prohibited in the country as a result,” he added.

Shirazi is also the CEO of the Iran Caspian Seal conservation Center.

Keivanfar noted that hunting the Caspian seal still continues in other countries bordering the Caspian Sea and some maritime activities in the region have been the causes of death for a large number of these mammals.

“Only twenty percent of the shooting remains, and it consists of the scenes depicting an operation to rescue Caspian seals being captured in hunter’s nets,” he said.

“We have to wait for the specific moment and that is not under our control,” he added.

Photo: A scene from the documentary “Amir” shows Iranian veterinarian Amir Shirazi and a Caspian seal.