Breaking: GSA: Saudi-U.S. ties will face major challenges in the next four years 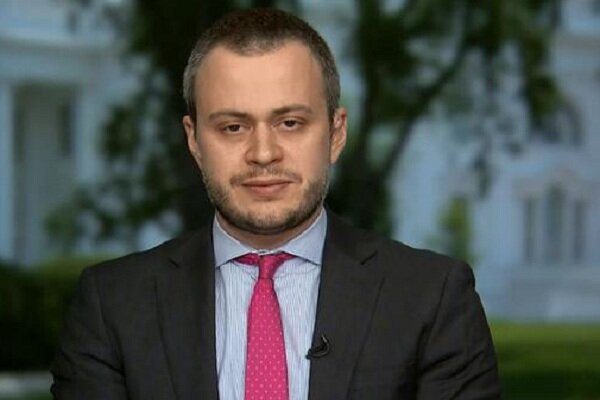 Breaking: GSA: Saudi-U.S. ties will face major challenges in the next four years

“The Saudis must contend with the fact that the new U.S. administration will have some major disagreements with Riyadh on a host of issues from Yemen to Libya to human rights,” Giorgio Cafiero tells the Tehran Times.
“The upcoming four years could come with major challenges to Washington-Riyadh relations,” the DC-based consultant predicts.

Plans for the release come as U.S.-Saudi relations have tumbled to a new low in recent weeks. According to the Washington Post, the Biden administration has pledged to “recalibrate” ties with the Saudi kingdom.

In a dramatic move, the new U.S. administration has canceled arms sales to the kingdom, which has been pounding Yemen ruthlessly since March 2015.

Biden has also been a critic of Saudi Arabia’s human rights abuses and harassment of dissidents.

“A repercussion will likely be that the Biden administration will maintain its firm position that the U.S. leadership must recognize King Salman, and not the king’s son, as the Saudi leader whom the U.S. government must work with,” Cafiero notes.
The following is the text of the interview:

Q: How do you evaluate Biden’s administration policy towards Yemen? Is the U.S. going to reverse previous decisions or just making a gesture to save face?

A: Biden’s speech on Yemen was filled with many qualifiers. He stated that the U.S. would cease to support “offensive” Saudi military operations in Yemen. Yet how the administration distinguishes between “offensive” and “defensive” operations remains to be seen, and such language offers Biden room to maneuver.

Nonetheless, the Saudi war in Yemen has lost support from most lawmakers in the U.S. Also, Biden campaigned on ending U.S. support to Riyadh’s military operations in Yemen, where the world’s worst humanitarian disasters have been unfolding for years, which means that it would be politically popular in America for the new leadership in Washington to make good on Biden’s campaign promise.

Q: How do you see U.S.-Saudi relations in the new Biden administration?

A: The Biden administration, like all U.S. administrations dating back to Franklin Delano Roosevelt’s, will continue to view the Saudi kingdom as an important partner which the U.S. must work in the Middle East (West Asia).

However, the upcoming four years could come with major challenges to Washington-Riyadh relations. Done are the days of the Trump era in which Crown Prince Mohammed bin Salman had a friend in the White House who bent over backward to give him the benefit of the doubt. The Saudis must contend with the fact that the new U.S. administration will have some major disagreements with Riyadh on a host of issues from Yemen to Libya to human rights. It will be important to see the extent to which Saudi conduct changes as a result of pressure from the Biden administration. Already, the al-Ula summit, which led to a Saudi-Qatari rapprochement, was a sign that Riyadh might believe it must change some of its positions and actions in the interest of preserving a close relationship with Washington.

Q: Do you think that Biden will endorse Abraham Accords? Can you see any shift in U.S. attitude towards Palestine?

A: Officials in the Biden administration, such as Secretary of State Anthony Blinken, are strong supporters of the Abraham Accords. The new leadership in Washington would like to build on these accords and see more Arab/Muslim countries establish full-fledged diplomatic relations with Israel. Nonetheless, I doubt that the Biden administration will be as transactional as the Trump administration in pressuring poorer Arab nations such as Sudan to sign the Abraham Accords.

Q: Some American sources say that the U.S. will release new information about bin Salman’s role in the Khashoggi killing. What would be the repercussions of such a step?

A: The release of a summary of intelligence findings concerning the Saudi Crown Prince’s purported role in the murder of Jamal Khashoggi will make it increasingly difficult to defend Mohammed bin Salman on this file. A repercussion will likely be that the Biden administration will maintain its firm position that the U.S. leadership must recognize King Salman, and not the King’s son, as the Saudi leader whom the U.S. government must work with. Of course, if/when Mohammed bin Salman becomes King, the U.S. leadership will have no choice but to deal with him, notwithstanding the Khashoggi affair.

Q: What is the legacy of Trump for West Asia?

A: The legacy of Trump in the Middle East (West Asia) is one of disregarding international law, avoiding diplomacy, and further militarizing the region with major arms sales. As a consequence of Trump’s presidency, the U.S. has far less credibility on the international stage, and many of the last U.S. administration’s strategic blunders opened up many opportunities for Washington’s geopolitical rivals, chiefly Moscow and Beijing, to gain greater clout in the Middle East (West Asia) and other regions too. Nonetheless, Trump’s presidency will be missed by officials in certain Arab states of the Persian Gulf and Israel who strongly supported his “maximum pressure” agenda against the Islamic Republic of Iran.