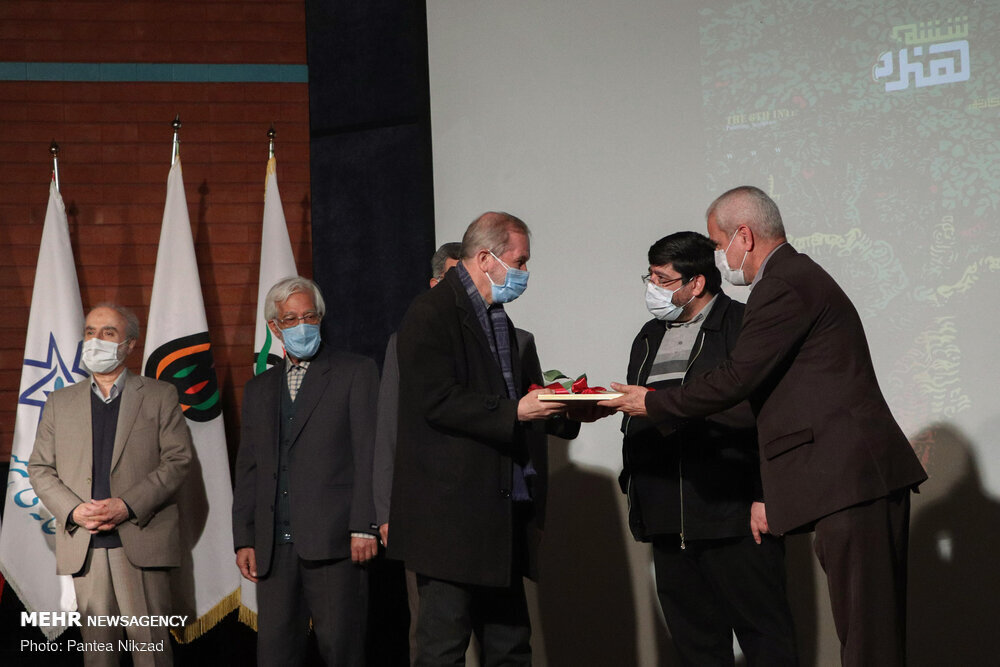 TEHRAN – Winners of the Sixth International Art Festival of Resistance were honored during a ceremony on Friday at the Iranian Artists Forum in Tehran.

A top selection of artworks in the forms of poster, sculpture, typography, illustration, cartoon and caricature by artists from over 50 countries went on view at the forum while observing health protocols and social distancing.

The ceremony was attended by Revayat Cultural Foundation director Mohammad-Yashar Naderi, the director of the festival, Masud Nejabati, and a number of artists.

“The resistance art is a trust we have received from the masters and veterans of the art of the Islamic Revolution and we have tried to preserve it. As long as there are war, battles and blasphemy in the world we will preserve the art of resistance,” Nejabati said.

Tahmures Ashenagar was named best painter, and the award for best sculptor was given to Nasrin Shapuri.

In the typography section, Mahbubeh Javadipur was named best artist, and in the flags and epigraph section Majid Keshavarzi, Mohammad-Saber Sheikh Rezai and Mojtaba Hassanzadeh were honored.

A selection of paintings were showcased at the Palestine Museum of Contemporary Art in Tehran.

The Revayat Cultural Foundation is the organizer of the event, which was held from February 8 to 19.

Photo: A winner receives his award at the Sixth International Art Festival of Resistance at the Iranian Artists Forum on February 19, 2021. (Mehr/Pantea Nikzad)