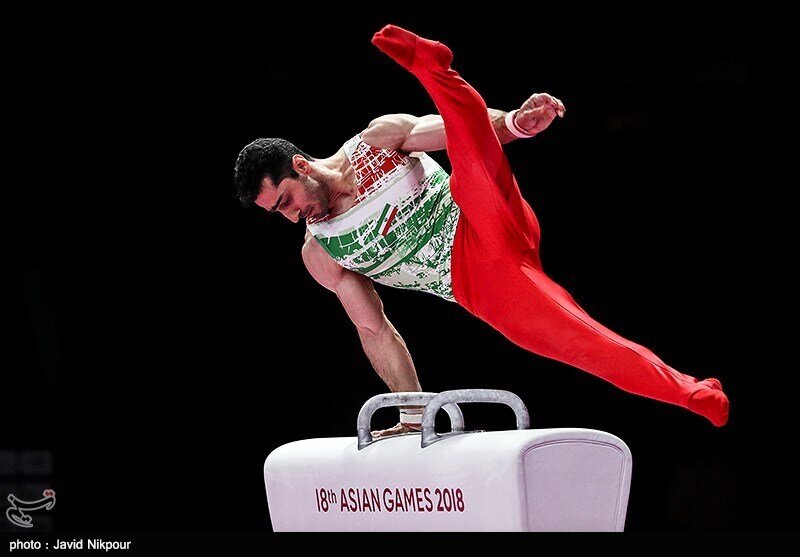 TEHRAN – Iran’s Saeedreza Keikha will likely miss Tokyo Olympic Games after the next month’s Apparatus World Cup in Doha was postponed as a result of the coronavirus crisis.

The Iranian gymnast had to participate in the event since it was the Olympic qualification.

The Iranian athlete needed to participate at the FIG World Cup in Doha but the postponement of the event could jeopardize Keikha’s chance of booking a berth at the Olympics.

Qatar’s capital was due to host the event from March 10 to 13 but the International Gymnastics Federation (FIG) has said new dates will now need to be confirmed, insidethegames.biz reported.

The event was the last scheduled Apparatus World Cup which is part of the qualification process for this year’s rearranged Tokyo 2020 Olympics.

Ninety-eight men and 98 women are due to compete in artistic gymnastics at the Games, with 82 male places and 84 female spots already decided.

The rest of the field was due to be confirmed in Doha and through the Continental Championships.

The postponement of the city’s World Cup is the latest blow to the FIG’s Olympic qualification process after the entire All-Around World Cup series was cancelled last week.

Four events were supposed to make up the Series – with the first held in Milwaukee in the United States last year.

All three of the other competitions – in Stuttgart, Birmingham and Tokyo – were postponed until 2021 but the German and British events have now been cancelled entirely.

The World Cup in Tokyo – a test event for the Games – is still due to go ahead in May.

But the FIG has been forced to reallocate quota places for Tokyo 2020 as a minimum of two competitions must be held to validate the results of the entire Series.